Air links: A surprise example of decisions now rather than later

Our States is often accused of putting off decisions and changing its mind. With air links, the opposite seems to be happening. Should it be? 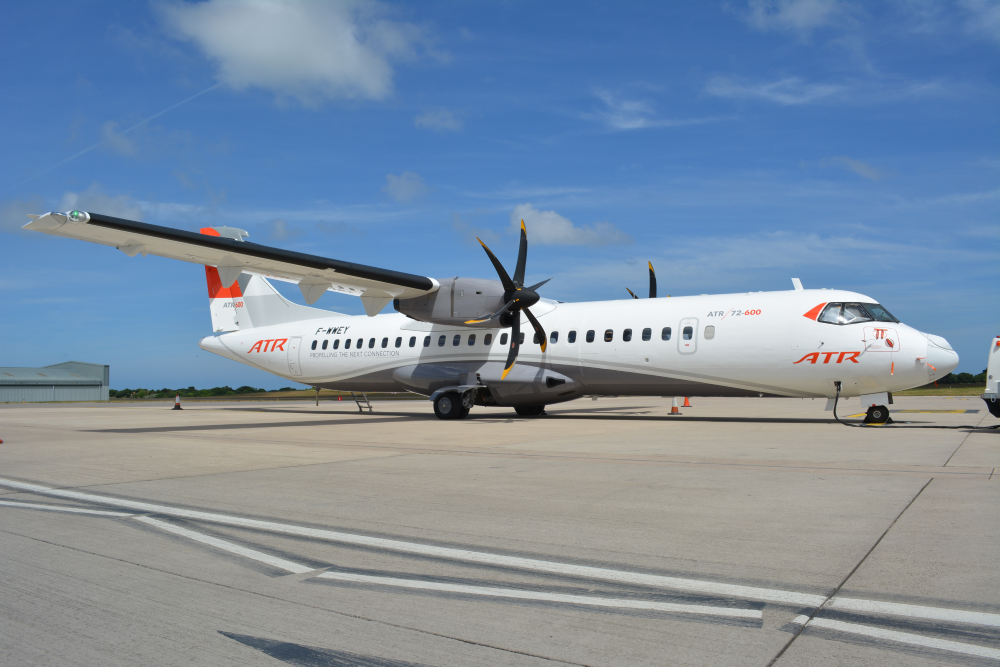 Three decisions have been made in as many months in relation to the island’s so-called “airlinks problem”.  We have made a majority of air routes “open skies,” meaning accessible to any competitors.  We have recommended that the local airline spends US$60m on a fleet upgrade.  And we have approved investigation into a small extension of the airport runway.

Each in its way is significant.  But together they are bigger than the sum of the parts.  Importantly, though, the question being asked is whether they are the right decisions at the right time.

This is somewhat ironic when set against the States’ reputation for putting off decisions and changing its mind – think of the arguments over waste recycling and disposal, for example, or over the future of education.

But there is no doubt about the desire to do something.  The public furore in the past year over the losses piled up by Aurigny and the high costs of getting to and from the island sparked investigations into lengthening the runway to take jets run by low-cost airlines.  We have also seen arguments over the fees demanded by the airport, and controversy over whether Aurigny could improve its efficiency.

The fact that all this has occurred as the States moves closer to the 2020 election is, shall we say, coincidental.  Either way, the three decisions have been made, and the one which matters most at this stage concerns the fleet upgrade, because it is the biggest and it involves the public purse.

First, consider the position for Aurigny.  Put at its simplest:

So far so positive.  Quizzed by the States Trading Supervisory Board and the Policy & Resources Committee, the airline faced its biggest challenges over the projected maintenance cost benefits and the assumptions about what might happen if the decision was simply deferred.

On the benefits, the business case document produced by Aurigny offers little detailed support for the top-line £16m of maintenance costs savings.  Of greater importance, however, is whether the project savings are big enough.  Equivalent to £400,000 a year, they look trivial next to, say, the subsidy provided to the States for the local bus service.

Regarding the “continue as is” or so-called baseline scenario, the relevant information regarding the value of the existing aircraft in the fleet has been redacted for commercial reasons.  Here, the core question is whether the value realisable now under the fleet upgrade is decisively higher than the value obtainable in five years’ time – when, incidentally, it will also be necessary to pay to overhaul the engines on the new ATR72-600s.

On top of this, there are two further sets of grounds for considering whether to go ahead with the transaction now.  Both relate to other serious uncertainties ahead.  One is the change to “open skies” policies, whereby Aurigny will have to compete on all routes bar London-Gatwick.  How the airline might fair in these circumstances is far from clear: if outside airlines step in on regional routes, how well will Aurigny compete?

A new ingredient on this front is the apparent collapse of FlyBE, which has been put up for sale after suffering chronic losses.  Perhaps its troubles might actually be of assistance to Aurigny’s efforts, but that is far from obvious.  Much depends on who buys it, and whether they retain Channel Islands routes.  The failure of the Waves venture to compete on the Jersey route has provided another lesson.  One wonders in the meantime whether the shift to “open skies” was decided prematurely.

The other unsettled question concerns the runway length at Guernsey’s airport.  The work due to be done in the next few months only concerns the hard-paving of the so-called RESA safety area at one end, and at best will add 100 metres in one direction.  The costs of extending further than this, allowing low-cost airlines with Boeing 737s or Airbus 319s to operate fully laden, are high, not least because the runway – incredibly, after the reprofiling a few years ago – will need strengthening.

Still, a strong case is being made that this would be a significant “economic enabler” for the island. As it would be at least a five-year project, this is a matter which forces Aurigny and its owners to question whether a fleet upgrade should be deferred, particularly if the economics of the Embraer jet, which operates many of the Gatwick flights, were by then to be undermined.

All of this is likely to be discussed by the States assembly when it considers approving the fleet upgrade recommendation, but the arguments may spread well beyond the boundaries outlined above.  On the “macro” front, there are reasons to query what kind of economic and population growth assumptions lie behind the plan, not to mention the customer travel assumptions.  As if that was not enough, some are talking about renewed connections with Heathrow when it acquires its third runway…around 2030.

On the “micro” front there is some focus on the so-called “fog-busting” technology which could make our travelling lives so much more tolerable than at present.  According to Aurigny, the technology might reduce the number of disrupted flights in any year by some 50%.  But so might the installation of fog-beating technology on the ground, for which we are still waiting.

A more pertinent issue is the matter of the losses incurred by operating the Alderney route.  But this too is a bit of a distraction: the losses partly reflect the costly acquisition of the Dornier aircraft, while subsidies in a new “public service” contract with the States should, along with the savings from a fleet upgrade, coax Aurigny closer to break-even.

For many, this is the nub.  To what degree should Aurigny be supported financially by the taxpayer? The truly odd thing, however, is that at this broad level no one has yet come up with a formula which protects the vital slots at Gatwick while avoiding the need for a loss-making states-owned airline to operate them.  You would think that, as a matter of representation of island interests in London, this was at least as important as understanding and coping with Brexit. 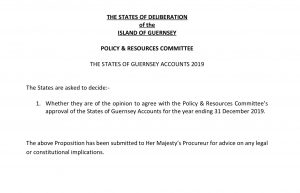 What you need to know from the States accounts 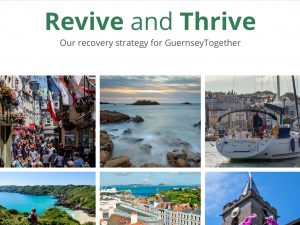 Inflection point: after the virus, the economy

Views: 628
We use cookies to ensure that we give you the best experience on our website. If you continue to use this site we will assume that you are happy with it. Find out more.