Building for the future carries a big bill

Our infrastructure shopping-list is longer than we think 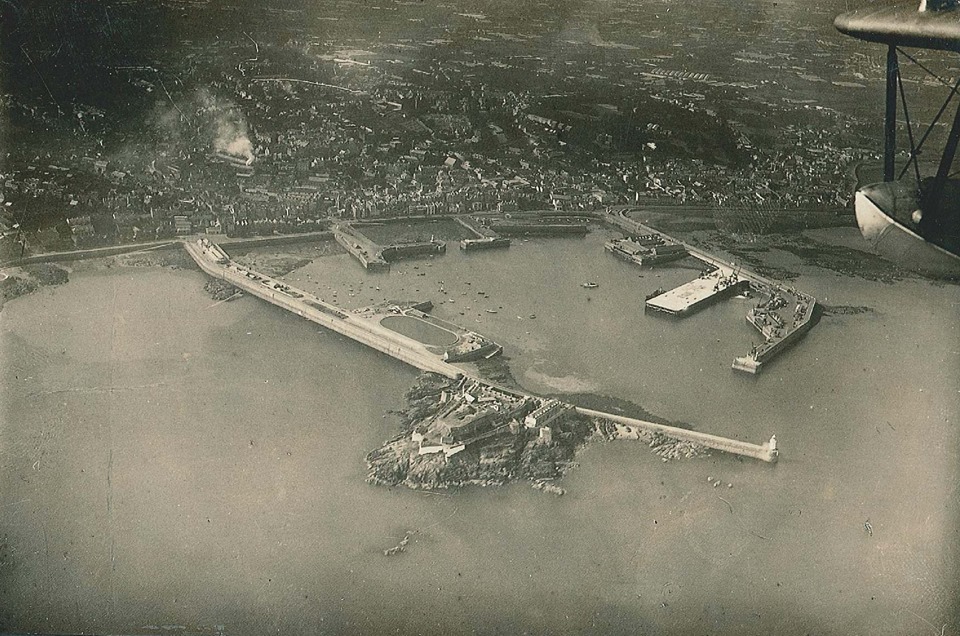 For an island of a mere 24 sq miles with just 63,000 people, we have a government with a hefty list of problems to confront.  External stresses of geopolitical disruption, climate concerns and Brexit; the sustainability of our successful finance sector; the unrewarded search for fresh sources of growth such as tourism; anxiety about old-age dependency, exclusion, inequality, disability, discrimination and inwork poverty.

Now take a moment to consider the truly expensive components that comprise the Future Guernsey Plan. In particular, focus on the vast amounts required to execute the projects described as “long term infrastructure investment,” “meeting energy needs”, “transforming education”, “seafront enhancement”, “air and sea links”,”digital connectivity” and so forth.

What exactly is on that list? More than most people realise. In a sort of order, and trying to account for security needs, complexity, scale and costs – here are eight:

1. A replacement electricity cable link from Jersey and a second independent one direct from France. The partial failure of the Jersey link is costing £1m a month in lost power and imported oil. The cost of a replacement link will be £30m, the direct link will be an estimated £100m. The island cannot manage without sufficient and dependable power.  But there is more to it. Our ability to supply ourselves with hydrocarbons depends on flat-bottomed boats whose life is fast running out, and their replacements will need at least floating terminals.  Meanwhile the question of using renewable energy, be it from sun or wind, depends on incentives, subsidies and pricing. In other words, an energy policy – something the States is currently struggling to agree on.

2. A secure supply chain, not just for hydrocarbons but all goods and equipment, including most obviously food. Our main harbour is falling rapidly into disrepair in four different spots, prompting urgent discussions about our overall harbour arrangements – potentially including a separate third harbour for all cargo, freight and hydrocarbon imports, and revamping the crumbling main port to accommodate cruise liners, tourists and a marina together with an array of attractions and events hubs. One possible implication: more reclamation at the northern end of Belle Greve Bay. Open that can, and all kinds of additional possibilities emerge. Look at Dubai and Singapore.  Don’t even think about the cost.

3. The airport.  Have you seen the queues for security recently?  Noted the potential for arriving passengers to mix with departing ones?  Spotted the rusting glass corridors as you trek from Departures to your aircraft?  Wondered about the scaffolding disfiguring the exit doors at Arrivals?  These things are connected: weaknesses in the terminal’s design and finish are being revealed not just as it ages, but because of modern security requirements.  The last thing we want to see is the loss of our right to send passengers to the mainland or to receive them.  But next to effective air traffic control and reliable firefighting capacity, security is the one issue international regulators care about.  To resolve the matters at hand, a re-design of the terminal’s spaces upstairs and down, including the roof, may be needed.

4.  Air and sea links. It is impossible to mention future infrastructure without injecting the related matter of investment in our external links.  On the aviation front, this includes the purchase for £60m of three new ATR aircraft by Aurigny, widely described as fog-busters (without convincing many).  Also on the list is a possible 100m-300m lengthening of the runway to take larger aircraft, although investigation of this estimated £100m project has controversially been ruled out, at least for now, and it wouldn’t cost that anyway. Additional money may also be required to fund Aurigny’s continuing losses and subsidising other airline services, but these do not strictly constitute long-term capital expenditure.  On the maritime front, the possibility has been mooted of the States owning and running our own ferry service, or investing in one, when Condor Ferries, the current (unsubsidised) provider, is sold as planned.

5. Digital connectivity. Our connectivity is average, and the technology is rapidly evolving. To keep up and get ahead, our telecommunications investment should take us into the world of 5G. That means the States encouraging the three existing and competing suppliers to cooperate and to compete – cooperate so that we can avoid three different networks, and compete in order to furnish the best possible service.  It is unclear how this fits with the grand Future Digital Services project to transform the Civil Service into an efficient machine that is less of a deadweight on the economy’s growth.  But at least the telecoms project is likely to be funded by the companies themselves, while the estimated $200m spend over ten years on the civil service is said to match the amount that would anyway be spent maintaining the system being replaced.  Neither point means the new systems will be easy to introduce.  Our record on smaller ones is not good.

6. Education.  With a firm focus on the future, a £157m investment is proposed in two existing schools, in the rebuild of a junior school and in the newly-named Guernsey Institute for Further Education.  Down the road is, potentially, an investment in a new and limited University, but this is nowhere near as advanced as the ambitious schools plans.  The plans have their origins in narrowly-won arguments against “selection” in education, but political resistance continues, spurred by a separate furore over critical high-level administrative appointments to run the new system.  This all looks like coming to a head in September, when the request for funds is debated in the States assembly.

7. Health and Care Services. Perhaps this investment should be 6= on the list with Education, for it involves the other great drain on States resources.  The States has committed itself to a ten-year £93m modernisation of the hospital as part of the ineffably-named Partnership of Purpose. It involves new wards and operating theatres, and upgraded service provision.  In the first £44m phase, however, it also involves new car parks and relocating the medical specialists to the hospital.  The overall aim is to cut waiting times for treatment and provide more services locally.  Happily for its proponents, the plan is less controversial than Jersey’s for a brand-new hospital costing up to £500m.

8. Going “Green”. In the wider cause of combating local atmospheric pollution and contributing to a sustainable “green” economy, many people urge investment in an outdoor power point network to stimulate use of electric vehicles which require charging – this to include buses and taxis as well as private vehicles.  The “green agenda” stretches well beyond this, of course, demanding some fundamental changes in lifestyle.  The point for now is that an irresistible bandwagon is rolling, and it will require spending on far more than power points, particularly in the broader energy sphere -onshore solar and offshore wind farms (see 1 above) and, one day, unleashing tidal power.

None of these investments take account of significant other States expenditures – on waste management and recycling generally, on stormwater/foulwater management, and on relocating the Dairy.  All these disregard other investments with private sector involvement which have been mooted over recent years but which will entail States involvement, if only in planning. These include modernisation at the Bridge, including the so-called Leale’s Yard project, investment in a so-called Datapark at low-lying Saltpans, and redevelopment of specific parts of St Peter Port, presumably as part of any harbour reconstruction.

As if this dreaming is not enough, the latest such idea is even longer-term and far more ambitious: to consider boring rail and traffic tunnels between Guernsey, Jersey and France, to include a man-made island which could accommodate a joint airport, hospital and other amenities, and apparently funded through redevelopment of the existing airports.  Of the cost guesstimates which have been mooted, none seem likely to be fundable without public money or recoverable through affordable charging.

Of course, the States could consider a further long-term borrowing on international markets to help out with this catalogue – interest rates are now lower than ever.  Better this than face an approach from China, say, to include the plan in its “Belt and Road” initiative.  Note, however, one interesting feature about the list above: although most components are in the public domain already, they have yet to be prioritised.  One might think this was a matter for the Environment & Infrastructure Committee – the clue is in the name. But perhaps it has a hopelessly contradictory remit.  For projects like these to go ahead, environmental impact assessments would be required in each case.  These ought not to be led a committee which could be sponsoring some of them in the first place.