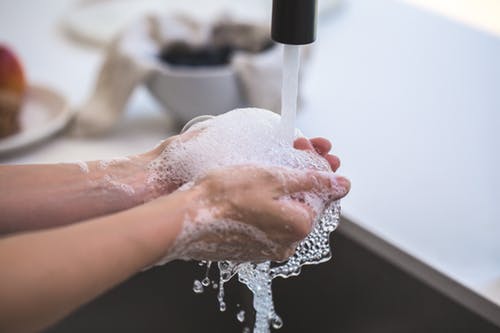 Two years ago, when this website was just being launched, a contributor writing a SWOT analysis decided not to include under “Threats” any of the following: an asteroid strike, an earthquake/tsunami, a war or…a pandemic.  None of these seemed likely in an island context which focused on the next five to ten years.

That was then.  Now, not only do we have a pandemic, but – embarrassing for the contributor – we have a UK government which had this threat “at the top of its risk register” (according to a former Cabinet Secretary) and a Guernsey government which actually did a desk-top study of such a prospect as recently as last November.

It is a matter of argument how well these two jurisdictions, or any others for that matter, are coping with the unprecedented impact of the Sars-CoV-2 virus, whether in terms of the debilitating illness and cruel deaths it causes or because of the sheer devastation wrought on both the supply side and demand side of every economy in the world.

On both counts, no one knows for sure whether we shall experience a trajectory with a V shape, a W shape, a U shape or an L shape.  All we know is that the passage of time will mean we won’t stay where we are, which is “locked down” – a phrase which may as well be a euphemism for “locked up”.  We can’t even tell how we will “exit” this position.

The logical possibilities are obvious.  Top of the list: a vaccine or, if that will take 12-18 months, antiviral therapies, many of which are under intense investigation.  The scientific effort is global, and from all the evidence well-coordinated.  Don’t forget, the internet came into existence because scientists needed to deal with each other more efficiently.

The trouble with this option is that we cannot plausibly stay in lockdown until a vaccine is proven, or arguably while we await an efficacious therapy, because the economic and social cost is simply too great.  Indeed, some people have thought from the outset that the loss of jobs, income, company earnings, wealth and output is too heavy to justify the restrictions imposed.  Understandably, most governments have decreed – while watching others do the same – that their first priority is to save lives.

The way through this maze has been to try to understand the trade-off between saving lives and saving livelihoods.  Many political leaders feel there is no such trade-off – if you don’t save lives you won’t have an economy.  Others point out, rightly, that no one offers a timescale for keeping the safety of people as the government’s number one priority.

In one sense things are actually a little simpler: you just need to see a slowing acceleration in the infection rate and (in turn) the death rate to know that the bell-curve is turning over on its way to a peak – the point being that, as these things do indeed come to an end, the curve has to turn over at some stage.

The strategy of all governments has been to hasten this turn-over by suppressing the virus.  Where they have differed is in the application of two recognised techniques for doing this – the “pharmaceutical” ones (testing, contact tracing, isolating, quarantining) and the “non-pharmaceutical” ones (self-isolation of those showing symptoms, staying at home, social distancing).

Ideally governments should have done both intensively.  In practice they have lacked the means or the will to do so, and have awaited evidence or expert advice before acting, in many cases fatefully.   The main reason for this was the more compelling need for government health services to have the doctors, the nurses, the intensive care units, the ventilators and the protective equipment to do their jobs.

The effort on these fronts has been exceptional, and beyond the call of duty.  But if the bell curve is indeed flattening as intended, the health services might soon have the capacity to deal with what is thrown at them while we wait for vaccines and therapies.  In the meantime, therefore, we have to recognise that the problem we face will be less the virus than its financial consequences.  Here are some thoughts about a course we might follow:

As if this was not enough, we should also prepare for a potential relapse as the virus fights back and a reimposition of restrictions.  And not just isolated outbreaks but a second wave and perhaps even a third one – which happily might also offer an increasing prospect that, unless the virus has mutated, some degree of immunity will emerge within the population.

If we are to suffer relentless testing for the foreseeable future, it will be more tolerable if it can be done in minutes and in the comfort of one’s home.  We are being promised antibody tests which would allow those who are proveably immune to go about their daily business.  In due course we can expect an App to be available on mobile phones whereby individuals have a “passport” allowing them to work normally and to receive warnings if they have been near someone suddenly showing virus symptoms.

If this constitutes an unwelcome invasion of privacy it should be compared with the social costs of the lockdown and the risk of waning popular consent for it.  Perhaps people will reckon the erosion of autonomy is as acceptable as the invasions they have already experienced since the Big Data platforms took over our lives.

Are any of these scenarios a reliable guide?  Unlikely.  It is easier to forecast the weather these days.  But look at how much we have already learned, about the virus and how to combat it, and also about ourselves.  As the five stages of grief promise, things eventually get better.  By then Guernsey may be a plausible case study for the handling of a deadly global virus in a small community.

Footnote:  If governments in their past risk assessments foresaw the possibility of a global pandemic, should they have been better prepared?  It is easy to answer Yes.  But the experiences which gave rise to the fear – SARS, MERS, H1N1, swine flu, ebola, zika and so on – did not spread globally.  The outbreaks were successfully countered by the WHO, Medecins sans Frontieres and countless others.  The odds favoured this happening again, and we thought it wouldn’t happen here.