If not our Eastern seaboard, how about this? 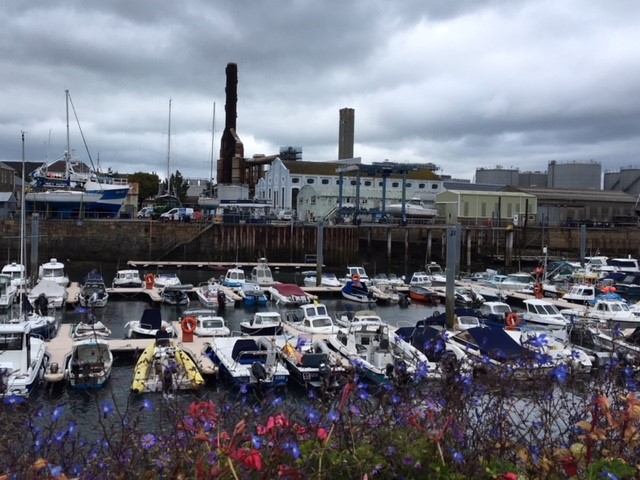 Much has been made recently – and in the past – of the possible redevelopment of the St Peter Port seafront.  Certainly it is a core feature of the States’ economic development possibilities for the future.  But each time you think seriously about it, our limited resources mean you almost immediately exclude the real possibilities in the North.

Indeed, for some, no such development ever seems likely.  Recently it was confirmed that the mammoth Leale’s Yard project led by the Co-op will not now take place.  The ambitious data park development at Saltpans is marked only by a ghostly set of covered traffic lights on Route Militaire.

Certain local deputies are meanwhile concerned about the impact of unchecked development in the North, especially if the existing high school is expanded.

Still, let us suppose that this is not actually an either-or choice.  After all, when the Vision for St Peter Port was first conjured up in 2013, it was described alongside a vision for the Bridge as well.  In fact, if you think about it, a “Northern Powerhouse” is not exactly a fanciful hypothesis.

The first hurdle to overcome is acceptance that the original character of the Bridge itself has been hurt by heavy commercial and private traffic, indiscriminate industrial development and a boom-bust in retail.  On the other hand, it can be restored as a destination and the island’s second main centre.

The 2013 Vision saw the key opportunities as redevelopment of Leale’s Yard into a mixed-use urban quarter, regeneration of the Northside/North Quay area, regeneration of the Southside/Le Crocq area and – piece de resistance – an iconic new bridge. In short, a vibrant, viable town centre, with a marina at its heart.

A true vision of the North, however, should extend beyond the immediate urban zone.  Think of the amenities in the area:  Beaucette Marina, the Common, the golf course, the beaches, the little lakes where quarries were once excavated, the Mill.

Consider also the opportunities: not just the reclaimed area of Longue Hougue, but yes, the once-heralded Saltpans data park.  Space exists for industrial and commercial development which could be done sympathetically and in a confined way.

“An extensive program of re-development could address some of Guernsey’s long-term needs while also drawing on St Sampson’s rich history and the undeniable scenic potential of its surroundings,” says one local inhabitant, a long-term fan of the Vale and St Sampson’s.

He believes the last thing Guernsey needs in this location is a large new supermarket and destination shopping complex aimed at drawing people away from existing outlets and adding to the area’s traffic management problems.  Such retail development may appear to promote competition, he argues, but it’s a transitory benefit when other businesses close.

The really pressing need, he says, is two-fold:

He goes further.  A retirement-focused community would also provide the opportunity to make a real statement of intent about care for the elderly into the future. Initiatives could include a purpose-built dementia care centre and a research and development facility to promote healthcare products for the elderly. Guernsey could promote itself as a centre for medical excellence in this and other fields.

What are the obstacles to this possible transformation?  One is the lack of alignment of planning policy and infrastructure planning.  At the moment development in Guernsey is seen as a problem rather than as an instrument for enhancement and regeneration.  It doesn’t help that much of the land around the harbour and the Bridge is held by the States, Guernsey Electricity and the Co-op.

Locals also accept that the power station, fuel sites and new recycling zone are unsightly.  But in their view the Bridge could be the basis of a real political statement of intent.  After many years of austerity with no end obviously in sight, a suitable civic project concerning the re-generation of St Sampson’s would provide a positive direction of travel and a confidence boost for the island.

Think too of the knock-on activity that could bring out the Bridge’s potential and perhaps boost the tourist economy.  Traffic calming measures could be undertaken to divert vehicles by a new “ring road” to the West, and a low bridge or underpass to the East (or perhaps even a tunnel) could connect Longue Hougue to the parking area below the Vale Castle.  You could pedestrianise the seafront from the Crocq all around the South Side and across the Bridge.  Service vehicles would still need access at certain times, but the area surrounding the inner marina could be dug up and hard landscaped for walking and recreation. It could become a natural setting for coffee shops and al fresco eating.

Within the overall scheme there could be some enhanced high-end residential units (possibly involving the release of a number of new Open Market registrations for occupation by the over 60s and with a revenue claw-back on all future sales), a hotel with special facilities for the elderly and disabled, and improved parking – perhaps by way of a multi-storey on blighted land owned by Guernsey Electricity. The marina could continue to be upgraded with provision of waterside facilities and visitor berths.

Marine & General could be encouraged to re-locate their business from existing leased premises to alternative States-owned land at Griffiths Yard. The vacated granite buildings could form the basis of a new heritage museum setting out the commercial history of the harbour and the North of the Island – a visitor centre explaining the importance of quarrying, our fishing industry and the Guernsey “Tom”. The old corrugated tin buildings could be demolished and a restaurant and play park set out enjoying a south-facing aspect over the inner marina. It could also become the setting for a farmers’ market on Saturday mornings and become a centrepiece to the surrounding shops.

A wide boardwalk for pedestrians and bikers could lead round the North Side to link to a new public park to be laid out in the surroundings of the Vale Castle. This is, itself, a sadly under-utilised resource that only comes to life once or twice a year.  It could so easily become another “must see” item on any tourist agenda. Meanwhile, the boardwalk could continue following the coast to terminate at Bordeaux Harbour and a re-vamped café-restaurant looking out to Herm.

Sounds good?  For those who love the Bridge, good enough to keep it a secret… The hard choices we face post-lockdown 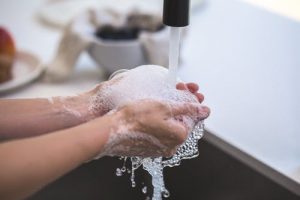 Views: 697
We use cookies to ensure that we give you the best experience on our website. If you continue to use this site we will assume that you are happy with it. Find out more.