Island agglomerations: the parties have not yet started 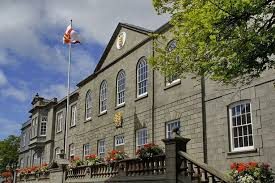 It appeared to start in January.  Senior politician Deputy Gavin St Pier complained publicly that the “political system feels toxic and febrile,” and said he wanted politics to be forward-looking, policy-oriented and rooted in civic society.  He issued a call to arms to those who shared his views to contact him, and has since held meetings to try to mobilise public support.

His initiative, he insisted, was not about political parties but about an informal coalition formed before rather than after an election.  Not to be pre-empted, shortly thereafter a group of a dozen Deputies took this as their cue to form a body they called “Charter 2018.”  This, they insisted, was also not a party, but a group sharing common values – which they listed.

The public reaction to the list was one of sceptical bemusement.  No one could possibly disagree with the principles outlined, short of pointing out the internal contradictions between them.  They amounted, in the cliché, to “motherhood and apple pie.”  Those involved added that their move had nothing to do with the next election; their focus was the business of the current assembly term.

Almost immediately a three-man splinter from Charter 2018 showed they wanted to look further ahead, so they formed a parallel group which, after an odd period without any name at all, called itself the Islanders Association.  Almost fittingly, the three – Deputies Peter Ferbrache, Carl Meerveld and Joe Mooney – appeared on the front page of the local paper supping coffee in a smart shed.

As Charter 2018 and other Deputies quietly joined them, it became evident that this group, like Deputy St Pier, wanted to mobilise public support.  In a significant move, they announced they wished to raise £150,000 to fund their cause – paying for a website, advertising, mailshots and so forth.

One target for this group is the referendum on island-wide voting slated for October, and it is sure to be a test of their support – if they can agree in advance on their position.  That is a big “if” given that voters are being asked to choose between five different options.  Remember too the case of UKIP: even with a straight Yes-No choice, it floundered as a party after its Brexit referendum success.

The referendum is also a focus for Deputy St Pier’s efforts.  Yes, he needs to define what his movement stands for, its objectives and policies, and its structure.  But he is clear that the immediate issue is island-wide voting, on which, incidentally, he is thought to be sceptical.

This much, then, we know.  What do we not know?

We do not know what the rest of the island’s Deputies think about all this
How could we?  All members are proud of the personal political independence conferred by the current political arrangements.  These allow minds to change, cooperation to be turned on and off, and consensus to be cherished more than built.

Some Deputies won’t recognise a political home in any of the agglomerations which have surfaced thus far.  Some will stay doggedly unaligned.  Some may form a third (or even fourth) group – there are Deputies who share little with those currently making the running but who on past voting evidence are of like mind.

The Deputies involved seem unsure themselves whether they are forming parties
Antipathy towards “party” runs deep, despite the island never having experienced it, so it makes little electoral sense to claim to be one.  On the other hand formation of a party is a proven first step towards winning power – you can’t do anything to advance your own or Guernsey’s interests without access to power.

Can we onlookers tell whether these “associations” are parties?  The answer is that, for the moment, these nascent groupings are more like parliamentary factions – itself a step change, given that parliamentary groupings have been scarcely visible hitherto.  The key ingredient here is organisation – meaning both organised opinion and organised structure.  Without a unity of belief and of purpose, inside and outside the assembly, you’re well short of being a party.  Having a leader would be a good start.

We cannot see such organisation
“Organisation” covers a multitude of variations in set-up, in composition, in aims. But their main purpose is to gather electoral support, allowing the broader mass of people to participate effectively in the fundamental exercise of voting that constitutes a democracy.  This means organisation outside the assembly – a party, to be a party, must have a non-parliamentary wing.

The closest we currently come to non-parliamentary political activity is through the douzaines, which have historically served a similar purpose in being recruiting grounds for new Deputies.  Douzaineers are equivalent to ”activists” found elsewhere, but they are typically independent of any organisation.  With parties, what we should be talking about is ground-up organisation within neighbourhoods and constituencies, with party activists and established legions of volunteers.

We cannot see programmes of action
If you’re an aspiring Deputy, your record or your personality may bring electoral support without need for a programme. But if you’re a party you need a real manifesto, which means policies on multiple issues, for you can be sure you’ll be fighting your competitors over ideas as well as power.  Your programme will also be critical to recruitment of allied candidates as well as lay supporters in your own cause.

What holds them together?
This brings us to the matter of loyalty, or what is sometimes called discipline. It is the source of talk about ‘whipping’ individuals into line, but really refers to the pain of being drummed out of the party – denied the opportunity to determine or even influence outcomes.   On a more positive note, it requires some sort of popular doctrine or ideology.  In Guernsey we are a good way short of this, unless making the island the happiest place in the world counts.

To which parts of society are they appealing?
By the time the election arrives, different parties must appreciate which differences within Guernsey society they will be appealing to – for it is on the differences, not similarities, that campaigns will be won. It is unlikely the parties will be distinguishable by class or religion.  But Left v Right?  Town v country?  Locals v incomers?  Finance sector v the rest?  North v south?  Clearly the appeals will need to be broad as well as defined.

So to sum up, what distinguishes a party?  A leader.  A top team.  A distinctive manifesto.   A symbol perhaps.  Experience (preferably of power).  A heritage (if possible).  A loyal membership.  And money.

Ah, money.  The detail in the devil.  Who funds the party?  By how much?  In exchange for what exactly?  What limits are placed on its use?  Who accounts for it?

And if this is not a problem, let’s ask ourselves what difference parties would really make to Guernsey.   Will it mean better decisions by our leaders?  Clearer and workable policies?   Will it harness the power of the civil service more effectively?  Will we be a more united society or a more divided one?  Too many answers are still required.  And none of the players are near providing them.