Island-wide voting: heading for the unknown

Slowly, details are emerging of how we’ll elect the next assembly 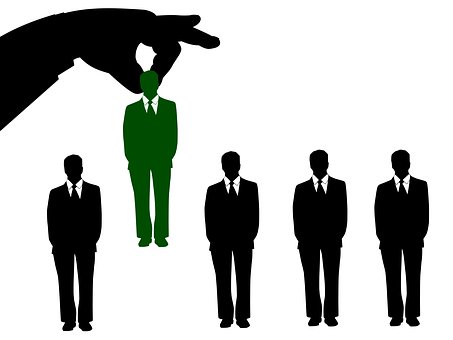 When we all went to the polls in October 2018 to decide how we’d like to elect the next States assembly in mid-2020, no work had been done on the practical implications of the issue we all confronted: should we have island-wide voting?

As we now know, a sort-of-majority of voters said “Let’s have it,” whereupon most of the committee which had asked us to decide resigned.  Someone then had to step up to the plate and determine how it would work.  That person is Deputy Neil Inder, a rather unlikely character for the job but an enthusiast for the change.

We are now starting to discover the detail which will give life to the single fact all voters ought already to know – namely, that each of us will have an awkward choice: 38 votes to cast among maybe 100 candidates who stand for office.

Deputy Inder is head of the States Assembly and Constitution Committee (SACC), and from all accounts his view of things starts from two simple positions.  First, Guernsey voters are perfectly capable of deciding who might be suitable for the job at hand and who might not, even when confronted with such a large choice.  Second, judging by a live experiment he privately conducted some years ago, on average voters will only choose around half of the 38 they are entitled to support, not least because they’ll lose interest.

From this jumping-off point, several conclusions can be drawn.  One is that name recognition will be important, giving incumbent deputies an advantage over “newbies”.  Accordingly, a candidate is likely to draw more support if he or she has a public profile, preferably a positive one.  Such recognition might have been acquired in random ways.  Self-identification with, say, “the (industrial) north” versus “the (leafy) south” may be just as effective as a record of speaking out publicly on single issues.

Another suggested implication is that candidates will have a natural and complementary interest in joining together to gain recognition in areas where they might be less well known.  They would probably be like-minded politically, but not necessarily enough to form parties or even associations.

For his part Deputy Inder is thought to be doubtful that the move to island-wide voting will produce any coalitions or parties.  The evidence thus far may support him.  The one tentatively initiated by Deputies Gavin St Pier and Heidi Soulsby hasn’t materialised.  The one begun as the Charter group within the assembly is not intended to last beyond this term.  The Islanders Association formed in anticipation of 2020 has not held together.  And the new 2020 Group has yet to show the profile of a real political party.

Notwithstanding such speculation, a number of practical questions about the election need tackling.  What limit will be set on individual candidates’ spending?  If parties or associations are formed, will they be registered in a way that ensures maximum transparency over candidates and members?  What limit will be put on their spending as an association and how will this affect their individual candidates or members’ spending?

Then, how will candidate manifestos and opinions on key issues be made accessible?  The usual way is to send details to individual voters’ homes with the help of Guernsey Post, paid for through a grant from the States.  Such grants are unlikely this time round.  But efforts will be made to have all manifestos – each conforming to common guidelines – uploaded to an official election website.  What happens if parties or associations are formed is less clear.

Hustings are another popular way for candidates to make their views known and to have them tested by a live audience.  These, however, are only a tradition of individual parishes, and there is no legal obligation for them to be staged.  How they could be staged at all is unclear unless candidates collaborate in order to keep their own spending down.  If this collaboration is in the form of parties or associations, this is an additional complication: will they organise party hustings for themselves?

The next opportunity for clarification of some of these issues comes when a Policy Letter is lodged with the assembly in March.  When it comes up for debate a month or two later, the assembly is likely to tear into the detail.  The purpose of the Letter is to make the necessary changes to the law for the poll to go ahead.  Thus, the seven existing constituencies will become one.  Provision will be made for registration of any parties and for individual nominations.  The period of the campaign will be set.  The law will allow polling stations to be decided, likewise the hours of polling and arrangements for postal votes.  No electronic voting is likely, unfortunately.  But the traditional dependence on volunteers will remain.

SACC is not responsible for updating the Electoral Roll – that rests with the Committee for Home Affairs, so some important liaison is necessary here.  More interestingly, SACC should not technically be responsible for introducing island-wide voting in the first place.  It is, after all, a political committee comprised of deputies with a direct tangible interest in the outcome.

The entity which should be doing this job is, in other jurisdictions, called the Electoral Commission.  Invariably an independent body, it makes sure the elections are free and fair, that expenditures are kept within set bounds, that counting is done correctly, and any recounts are legitimate.  Surprisingly, Guernsey has no such Commission, although it is likely independent observers will help on these fronts.

Plainly there is much water to pass under the bridge before voters can feel confident about next year’s new electoral process.  Some still express irritation that they were asked last year to choose among five options where the details of four had not even been worked out (the fifth was to retain the existing system).  That has echoes of the Brexit referendum, where UK voters could not foresee the consequences of what they were voting for.  But at least with Brexit it was a Yes-No choice between two possibilities.  For us it was far more complicated – as are the consequences.