Making the better off worse off 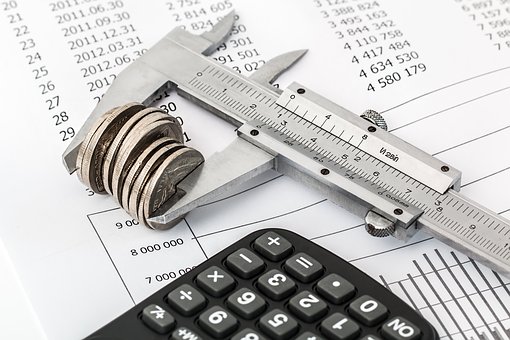 “There are a number of progressive measures in the 2019 Budget, such as…the third phase of the withdrawal of personal allowances for higher earners…which all ensure that those who can afford to pay more do so.” – Draft Budget Report from P&R, October 2018

Is this wool we see before our eyes?   There was no collective vote that the States should move to the political Left when we all went to the polls in 2016.  Yet here we are, standing in the midst of a foreshadowed “third phase” of an assault upon the better off.

Of course all Budgets are ultimately political, but the quote above suggests there is an almost socialist purpose in the removal of personal allowances for high earners.

Add in the latest fact that high earners are now re-defined as those earning above a new lower threshold of £100,000 per year (currently £143,000). Take account too of the loss of reliefs for high earners contributing to their personal pensions. Then, most importantly, check out the actual fiscal backdrop against which these moves are being pursued.

We are told that “the Policy & Resources Committee has been able to produce a fully balanced Budget for the second year in a row”. So if we have a balanced budget, where’s the justification for progressive tax measures?

It goes back to 2017 and the Medium Term Financial Plan (MTFP): “The Policy & Resources Committee believes that the burden of eliminating the structural deficit must be shared between taxpayers, particularly those most able to pay, and a reduction in the cost base through the reform of public services – which will lead to working differently, changing and improving the way services are delivered to enable savings to be made.”

On the face of it, few might object to the notion that higher rates of tax for “high” earners are an obvious way of sharing the burden (the top 10% earners already contribute 32% of personal income tax).  The proposal is that “20 should mean 20” – in other words the allowances that everyone enjoys on their first few thousand of earnings should be withdrawn from top earners.

However the budget has now been balanced for two years in a row.  To ask again, where is the need for these progressive tax raising measures? According to the original argument in the MTFP, more tax rises and savings are needed to pay for “estimated cost pressures”.  But this looks like an elliptical way to describe future increases in government expenditure.

The MTFP demonstrates (See Table 3:  General Revenue Position 2012 to 2016) that budgetary balance after introducing the zero/10 tax regime in 2008 was broadly restored in 2016.  What we now have is the rather Alice in Wonderland proposition that tax rises are needed not to restore budgetary balance today (which has been achieved) but to address an apparently underlying deficit tomorrow.  “‘Carry on as normal’ is not an option,” the MTFP warned us in rather Orwellian fashion.

This is all sleight of hand.  A common-sense stock-check tells us that taxes are being raised on the better off to pay for an undisclosed increase in expenditure.  This is couched in the language of burden sharing and cost savings to disguise the reality.

Look more closely at the MTFP (See Table 2:  Underlying Position after Income and Expenditure Measures for the Medium Term) and you come across this stark assertion: “The Committee estimates that, over the plan period, a total net improvement to the baseline is necessary to close the gap and is proposing that 65%, £26m, of this value is realised through public sector reform … [savings] and 35%, or £14m, through targeted tax [raising] measures”.

It is well known that public sector efficiency savings rarely translate to actual reductions in cash expenditure. The Financial Transformation Programme purportedly achieved its target of £30m savings, yet net tax revenues were £50m higher at the end of the programme period than the start.

Likewise, the actual 2017 tax outturn – that is, the figure in the States Accounts published in 2018 – was (at £434m) £26m higher than the £408m figure for 2017 used for forecasting the “underlying position in the medium term.”  This means that, over a period where it was claimed that tax rises of £14m were needed to balance the books in the medium term, the actual tax position started £26m higher than presumed.  The case presented for tax rises disappeared before the forecast period started.

What kind of response might our political leaders suggest to these assertions?  First, that higher earners can’t say they weren’t warned.  Second, politicians can’t ignore the matter of public expenditure obligations we face as an island, in particular the massive programme of capital and other spending for the future (coastal defences, health care, waste, schools, the runway, the seafront).  Third, the programme of clawbacks on high earners, plus the two-thirds/one-third contribution from public spending and from taxpayers, all went through the States – even if the debate was somewhat perfunctory at the time.

On this line of argument, perhaps the notion that the proposed measures are “progressive” should not be a big surprise.  But the scale of it might be, especially now that it is being spelt out in numbers.  And the main political point might be that we can now see the true nature of the drift away from policies traditionally associated with the island.

Guernsey’s improbable success as a rocky outcrop off the coast of mainland Europe owes much to the market-driven common sense of its people and their clever targeting of opportunity.  The fear must be that the switch Left, towards populist values and the erosion of their streetwise instincts, will foreshadow the island’s potential irrelevance.