A pre-autumn stock-take of our sprawling politics

A tough agenda looms. The path through is not easy 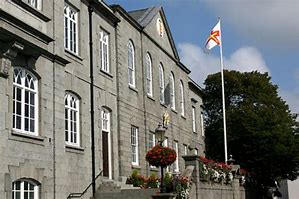 In the first few weeks of this year, it became apparent that certain deputies in the States wanted to encourage better government decision-making by persuading colleagues to join hands in a way that fostered consensus but fell short of formal coalitions.

For example, Gavin St Pier, head of the top Policy & Resources committee, and Heidi Soulsby, head of the Health & Social Care committee, initiated discussions with people outside the assembly about the possible formation of a political grouping, potentially the precursor to a party.

Almost simultaneously, three others – Peter Ferbrache, Carl Meerveld and Joe Mooney, two of them recent members of the Economic Development committee – started a grouping called Charter 2018 which quickly morphed into an entity called the Islanders Association.

With an eye on the next election in 2020, the Association looked for a while like it might become the assembly’s Opposition. Mr St Pier and those who supported him seemed unable to act without provoking antipathy from Mr Ferbrache and around 16 others in the 40-seat house.

This complication looked rather less relevant by the time the States met ahead of its summer break in July, when votes were nothing like as evenly divided.  In fact you could now argue that a more interesting question has unexpectedly surfaced – focused less on political groupings than on four of the more prominent political individuals occupying key government positions in the States.

The four are Gavin St Pier, Lyndon Trott, Charles Parkinson and Peter Ferbrache.  The new ingredient springs from the fact that Mr Ferbrache, who has long coveted Mr St Pier’s position, was persuaded to accept Mr St Pier’s unexpected nomination of him as head the States Trading Supervisory Board (STSB).

The vacancy had arisen when Mr Parkinson, then heading STSB, accepted Mr St Pier’s nomination to lead the Economic Development committee – the role Mr Ferbrache himself had enjoyed until he resigned in an apparent fit of pique.

The two nominations amounted to a straight swap of roles, but they also came as a surprise after the sharp exchanges of previous months, particularly given Mr St Pier’s close involvement in the moves.  No explanation has since been forthcoming, so one is left to guess what might be happening.

The most encouraging possibility is that Mr St Pier decided Mr Ferbrache’s talents were much needed in such an important role.  He may equally have thought it better to have Mr Ferbrache on the inside looking out rather than the other way round.  But it certainly seemed a good idea to have an individualist like Mr Ferbrache suitably occupied in a position of importance. And if the chances of a more inclusive government are improved, so much the better.  Presumably Mr Ferbrache did not disagree with any of these arguments.

To understand how all this might influence Guernsey politics as we head into the autumn is not obvious.  On the level of personalities, the degree to which these four co-operate and mutually support each other will be crucial.  They are not known to be natural bedfellows, and each has his own individual political interests and his own aspirations for the island.

On the level of issues, the States is facing imminent decisions on a number of difficult matters.  Agreeing what we do about our airlinks and sealinks problems is one, and in some people’s eyes ranks top.  The outcome of the UK’s Brexit negotiation is another.  Legislating to prove Guernsey’s offshore activities are ‘substantial’ is a third.  And as ever tax-and-spend issues persist – the States budget for 2019 must be settled, as must our longer-term capital spending priorities.

Each of these will come to a head soon – and we haven’t even mentioned the so-called referendum scheduled for October on the way we elect our representatives.  This latter event, which is supposed to determine whether or not we adopt some sort of island-wide voting arrangement, will probably keep the talk about embryonic political parties current.  But as one long-time watcher observes, no one has made the case to him that better-qualified individuals will run for office under an island-wide voting system or, for that matter, in an environment of political parties.

So how much should we expect from the current assembly over the next few months? You might think that, if there are four powerful individuals sitting in the most powerful positions, almost anything can be done if the four of them agree.  But this overlooks a cornerstone feature of the Guernsey States – that the assembly as a whole is sovereign, and a clear majority of its members must agree to do something in order for it to constitute a decision.

The main problem here is that the political committees which sit on top of individual States departments must themselves agree before the assembly makes its judgment.  It is not enough for an individual committee-head to set a position when it can easily be nullified by other influential committee members and, after that, by the assembly as a whole.  No less important, even if the committee agrees and the assembly endorses its plans, these can still be overturned by the committee or assembly which is voted in at the next election.

In short, we continue to have a structural problem when it comes to decision-making.  This is the reason you hear people complaining periodically that this is the “worst States ever.”  They would like to see sensible decisions made sensibly.

The irony is that to a perceptible extent that has been happening.  If you look at waste management or education or health spending, it is true we have all had to live through a laborious and expensive process trying to settle fundamental questions, but at least these have broadly been determined, even if detailed practical aspects remain to be clarified.

We have also been dragged through seemingly endless discussions about island development plans, medium term financial plans and public sector transformation programmes. But again, bit by bit, public services are being hauled into the modern age and the public finances brought under control.  This view is reinforced when you analyse the micro-reforms occurring at the States’ trading entities.

However the pace remains glacial, and barely two years lies in front of us before the next election in 2020.  For those many deputies who feel obliged under our unique system to demonstrate conclusively what they have each achieved, that is not much time. But perhaps, if they show more determination and greater focus, the incremental changes we have started to see will turn into a trend.