Warnings have surfaced that governments can’t do everything 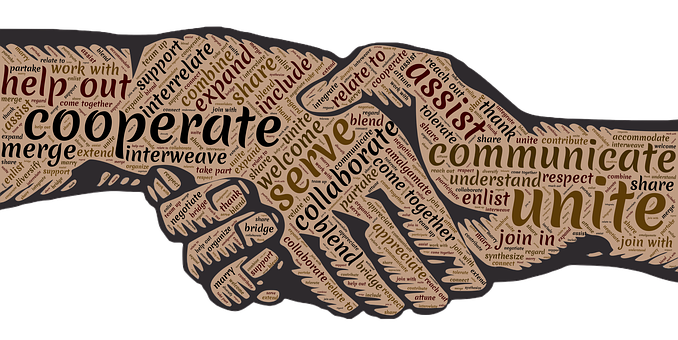 Baroness Jill Pitkeathley OBE, born and educated in Guernsey, is not someone to be trifled with when she chooses to speak out on charity matters.  A member of the House of Lords since 1997 and chair of its Select Committee on Charities, she spoke recently at an Autism Guernsey event on a subject close to her heart: the often-unrecognised difficulties faced by small charities who provide the backbone of support at the coalface of need in the community.

Baroness Pitkeathley’s committee started work in 2016 on issues related to sustaining the charity sector and the challenges of charity governance.  That committee has since produced a substantial body of work entitled Stronger Charities for a Stronger Society, highlighting the financial challenges faced by charities and making important recommendations for change.

The report should be read alongside a study by Sheffield Hallam University and the Centre for Regional Economic and Social Research entitled The Value of Small. Sponsored by the Lloyds Bank Foundation in England and Wales, it is an independent evaluation of the contribution of small charities both to servicing need in the community and to the economy generally.

Together, the reports highlight some important matters that all governments need to recognise if they are to secure the vital contribution of small charities to the community.  Given that “small charities” means those with annual income of between £10,000 and £1m, it includes every Guernsey charity.  The two studies and Baroness Pitkeathley’s pointed remarks therefore make important reading for the position in Guernsey.

They are also timely.  Two years ago the States’ top Policy & Resources Committee rejected a proposal to introduce UK-style Gift Aid, and its unveiling last year of a plan for a Social Investment Commission is not keeping to its intended timetable.

The Social Investment Commission is the only active measure taken in recent years by the States to help the island’s Third Sector.   The idea was put forward in January 2017 by the Association of Guernsey Charities (AGC) in the face of opposition from P&R for more direct financial support for charities.

The suggestion was that the Commission would harness “sterile” money such as dormant bank accounts for use for the benefit of our community.  Further potential pots of money were subsequently identified.  In particular:

In October 2017 the States promised that the Commission would be established and running by January 2019, but there has since been radio silence apart from a request at the end of 2018 for people to join a “shadow board”.  It is thought at least two of the proposed five members have now been chosen.

Two features of the Commission are worth noting.  It is to be “operated by the States with Third Sector expertise…to support the delivery of services to the community.”  And the money it receives will be “distributed in a targeted manner…for charities whose services support the objectives of the Policy and Resource Plan.”

We still await publication of its Terms of Reference, but in the meantime these features say a lot about its likely workings, and make the Baroness’s observations highly pertinent.

Both the House of Lords study and the Sheffield Hallam report said that small charities did not respond in the same way as large ones to demands from Government for “payment by results” (meaning outcome-based contracts), and that they were much closer to actual need than Government was.  Such charities are more likely to be successful if they are given Grants rather than demands for Service Level Contracts.

In short, Government must not constantly push to cut costs because core costs must always be met or the charity will fail.  The typical Government requirement for contracts that incessantly monitor performance simply don’t work for small charities.  “You don’t fatten a pig by continually weighing it,” said Baroness Pitkeathley.

The AGC has for some time worried that this is exactly the sort of approach taken by the States.  Concerned about the unfulfilled commitments under the 2014 Social Compact, plus the absence of a strategy for developing the Third Sector for the benefit of the community and the current delay over the Commission, the AGC recently published its own blueprint for change.

Its warnings are clear:

First, governments in small autonomous jurisdictions such as Guernsey cannot do everything they wish in terms of public services.  That means an unavoidable reliance on charities and in particular small charities when it comes to ground-level social services.

Second, a sea change is needed in the States’ risk-averse approach towards charity funding, where existing service-level and outcomes-based contracts have proved less than successful.  The implication is that more grants will be needed with fewer conditions to capitalise on the advantages of small charities at a time when we need their contribution more than ever.

Third, charities need to improve governance and transparency generally.  This is something the AGC has also warned about directly.  Although its website now allows local charities to publish their annual accounts, so far only around 70, out of over 300, have done so.

Fourth, the role of the Social Investment Commission could prove to be critical in determining outcomes, since it will effectively stand between government and charities.  With any luck this will prove to be highly productive.  But it will clearly require a form of cooperation which judiciously balances devolution and control.

Finally, the States should embrace a more strategic approach toward the Third Sector generally if the activities of charities and community organisations are going to flourish, as we clearly need them to.