Some realities surrounding the 2020 poll

The next States election will be in June next year. There’s much to contemplate 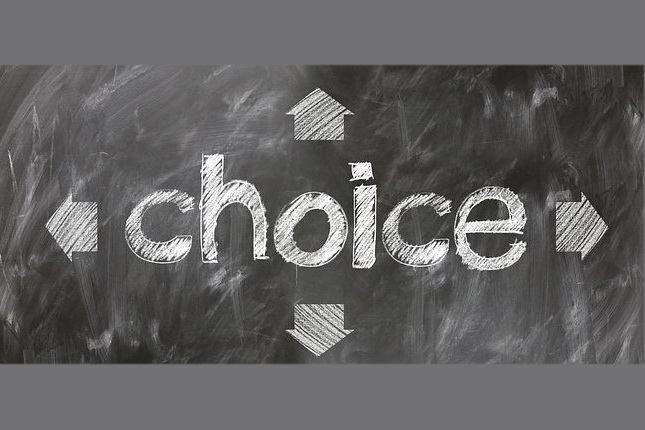 Only a year to go. How ready are we for the island’s next general election? A cursory glance suggests: not very.

Two matters spring immediately to mind. First, how are the arrangements for the new system of island-wide voting going?  Second, are the political associations which sprang up in support of the system any closer to becoming actual parties?

Some commentators find these questions less interesting than whether the island’s system of government is working effectively. But our current arrangements were settled only three years ago, and the top level of the civil service has now embarked on its own re-organisation.  Better, surely, to put any misgivings aside for now and solve the problem of getting the next lot safely elected.

That is because the election that will take us into a new States term has complexities all of its own – for voters and for candidates.  Start with the fact that some 31,000 eligible voters must each choose up to 38 assembly members out of an unknown number of candidates – a number which many believe could easily run to 100.

We already know that this cumbersome process will not involve electronic voting.  We must then hope that, with one constituency but voting booths all over the island, no one can vote more than once.  If that is at points identified for them on the island, notification by letter in advance will be essential.

Now imagine the voter in the voting booth. He (or she) will be confronted with a long list from which he must select up to 38 names and attach a cross. Once he has folded the paper and, along with everyone else, popped it into the ballot box, each paper must after voting closes be examined to check that no more than 38 votes have been cast, and then each one must first be sorted (by cutting up the ballot paper?) before being counted.

Can it all be done on a single day? Not if there are insufficient volunteers and enumerators. Perhaps voting could take place over two or more days. Perhaps more people could be encouraged to use postal votes. Either way, no counting can begin until all votes are in. In the past volunteers would typically come from the douzaines which broadly reflected the constituencies. Will this continue?  The whole notion of a “parish” is receding into history. And if the process is going to stretch over some days – which is likely if there are recounts for those who narrowly miss out – these volunteers might expect to be paid for their efforts.

What about the candidates? In the past individuals standing for office would typically concoct a manifesto of their beliefs and aims, wander round their constituency knocking on doors, put some ads in the local media and finally participate in constituency hustings where patient audiences could hear statements and ask a handful of questions.

It is difficult to see this now working across the whole island. Indeed, some believe the new system will deter those individuals who previously stood on the basis of their local standing, character and personality rather than on their positions on wider island issues.

The body responsible for ensuring this whole awkward process works smoothly is the States Assembly and Constitution Committee, which itself comprises politicians, some of whom may be seeking re-election. Home Affairs is also involved.  Are these bodies joined up?  And aren’t their members conflicted in the first place if they are aligned with a party or simply standing again?  In other jurisdictions these matters are typically determined by an electoral commission.

Where is the committee in its task of making the necessary arrangements?  Conducting a consultation is the answer. Over the next few weeks it wants to know whether voters would like individual manifestos in a preset format wrapped into a single booklet; whether they would like it to be done on a website with video and audio content and a facility to ask questions online; and whether there is a preferred format for hustings should they take place, including one big event at a location like Beau Sejour.

This survey is in turn supposed to inform debate in the States in October/November, which suggests time will be short to build and test any systems to support those proposals, collect candidate videos and manifestos, then go live in time for voters to digest them.

All this will also cost money, but it seems merely technical next to the second, bigger political question of whether those who campaigned for this new system of voting might form real political parties and whether others, looking at those groupings, may form their own.

How will their campaigns be run and, more importantly, funded?  What kind of limits should be set on donations and spending by individuals and by associations or parties? Should these apply before the campaign period, in order to limit the marketing done by aspiring candidates or parties? And what is marketing anyway? Does it include advance branding, or “spontaneous” support in social media?

Supporters of the new arrangements have little doubt that political platforms will emerge which attract a wider range of talented people who want to “make a difference” by standing for office or just actively participating in campaign politics.  They also believe it will be easier for ordinary voters to make their choices as those candidates take up common and recognisable political positions.

Since the referendum on island-wide voting last year, a confused picture in which various individuals and proto-groups jostled for position has hardened into two rather similar groups:

A gap clearly remains for other groups, at least to judge by the many current deputies who have so far avoided any connection with the two which have emerged.  But all candidates who accept a common party banner and manifesto might be expected to show collective discipline.  Yet the 2020 Association for its part says its deputies will “retain some independence”.

The biggest practical problem concerns the prominent role social media will play before and during the campaign.  To judge by episodic disrespectful behaviour thus far, rules constraining the use of social media are vital if the whole electoral process is not to be perverted.  But there is little sign that these will materialise, and it may be too much for candidates and voters to show self-restraint.

As for tactics, all that will be needed to gain power is 19 seats in the assembly. Should parties just seek to field 19 candidates, hoping to secure a basic majority, or the full 38? And should they focus on the other two coming from Alderney as well?

Tactics are relevant for voters too. What if they don’t use their full complement of votes?  If they don’t, how many votes will it take to secure the 38th seat? Or more pertinently, how few votes will be needed by those who win seats 19 to 38 and who potentially could constitute a blocking majority? Remember, each of the 38 will have equal standing in the resulting assembly. Should we worry about the possible lack of an effective opposition?  Or the opposite, a blocking group elected on a minority of votes?

The elephant in the room, however, is in plain sight. Unless the promised manifestos actually address the half dozen most important questions confronting the island, voters will find their frustrations growing because of their inability to identify what makes the groups distinctive.

What are those questions?  Here are two:

Obviously there are others, particularly if the outlook for the finance sector or tourism weakens, or ambitions for a zero-carbon economy and a full-equality society become objectives, or our quasi-independence becomes threatened.  Perhaps heaven can wait…