Taking the measure of our economy 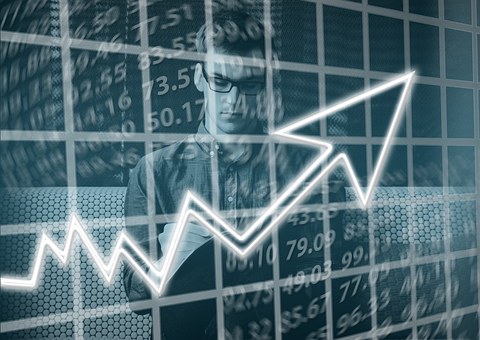 If you enter “economist jokes” into your favourite search engine, you’ll find your computer screen swamped with offers. One favourite: An economist is someone who tells you tomorrow why the forecast he gave you yesterday did not occur today.

Perhaps that is why the States of Guernsey has no official economist. What real use would it be? Yet the position has existed in the past.  For its recent occupants, there were so many other things to do there wasn’t time to do the job in hand.

The latest available estimates of the island’s economic output suggest it might be time to review the position.  The Economic and Financial Stability Overview published last month tells us that the “first estimate” of growth in Gross Domestic Product (GDP) for 2017 was 2.0%.  It also tells us that the figure for 2016 has been revised upwards to 2.6%.

This is undoubtedly upbeat news.  Overall output is now said to stand above the £3bn mark, and per capita GDP is put at £49,000, high by any standards.  As for the 2016 upward revision, it is significant: previous estimates were as low as 0.6%.  Perhaps 2017 will be revised upwards too.

Still, there are some worrying features.  Are we really unable to come up with “first estimates” sooner than 17 months after the year-end? And when we do, should we deem them unreliable because of revisions which may follow a further 12 months later?

These questions are more pertinent than you might think.  Between 2010 and 2018, the States received an Independent Fiscal Policy Review offering a detailed summary of the state of the Guernsey economy and the key policy issues for the public finances.  But last year this review was abandoned, and there is no sign of it being reinstated.

The trigger for that decision is relevant to the GDP issue. In 2017, partly at the prompting of the previous year’s review, it was decided to re-examine the way the GDP figures are put together. It was a sensible decision, because the numbers being generated through our small Data and Analysis department did not tally with the realities one could see on the ground.

Sure enough, the review – which was endorsed by the UK National Statistical Office – showed that the course of the island economy was more volatile than previously reported. There was a deep and thereto unreported contraction in both 2010 and 2012, and bigger expansions than thought in 2011, 2013 and 2014.

More importantly, the actual size of the island’s annual output was measured at £2.8bn, some 19% higher than previously recognised. Nothing had actually changed in the real economy of course, only its measurement. But the new numbers, then and now, have significant implications.

For example, our politicians have determined that government spending should not be greater than 28% of GDP. The new numbers thus offered a justification for an austerity-busting increase in government spending. Likewise with the public sector deficit target of 3% of GDP.

Rather than march down this route, they decided to digest the new figures first. Having now had the time to do so, we have heard nothing. One reason might be that such rules are too problematic; another might be that there are more important matters to deal with.

Action on two fronts would help.  First, commit more resources to gathering and reporting sooner all available statistics, especially those on which to base spending and revenue decisions. Second, drill down into the numbers to get a fix on what is happening in the real economy, and report on this too.

On one particular statistic, namely estimates of the island’s population, the States seems to have done well. Using an electronic census which pulls together data from numerous sources including tax and social security, the population was approximately 62,700 in June 2018, plus or minus approximately 200.  Significantly, this can be updated on a near-live basis.

Can such novel approaches be applied more widely in our small island? China, the world’s most populous country and one of its largest economies, produces its annual GDP figures within two months of the period-end.  Analysts are rightly sceptical about them, but to establish actual trends they then look at all the micro-data they can – on employment, retail sales, cement and power production and so forth.

For our part, we know pretty reliably our employment and unemployment figures, ditto our tax revenues and social security contributions. Imports and exports can be measured to a significant degree in volume terms, and planning and housing licence applications tell you something worthwhile. We have figures on real estate transactions, but an overhaul looks necessary. The same is true of the business confidence survey.  If we are to avoid the thin explanations of GDP trends we currently tend to see, this kind of information should be interrogated, integrated and interpreted, and the outcomes published.

That said, one other statistic which, like the population estimate, seems fairly reliable is inflation. The island publishes a retail price index which is regularly updated.  But here is another awkward fact to confront – namely, our unavoidable need to accept sterling interest rates. These have been historically low over recent years and, because of our higher inflation rate, we have suffered a regime of real negative interest rates.

If this concept seems quirky, think of it this way: not only do you receive no interest on your bank deposit, but the real value of those savings is falling.  If you are a pensioner, your fears about the future mean you are more likely to save than spend. This is despite being incentivised the other way round – that is, to spend more, and for that matter to take on borrowing commitments and to invest in financial markets.

As with woodworm, it takes a while for people to recognise the damage that persistently negative real interest rates does to the living standards of low income households without a lot of assets. Overall, the real value of welfare and other benefits will also decline.  Sizeable sectors of the population will find it hard to maintain their wealth as well as their standards of living.  Herein lies the origin of the increasing incidence of poverty one hears and reads about in the island.

All this is before one considers issues involving the public finances themselves: not just what the government receives through tax, especially income tax, or what it spends in both capital and revenue terms, but also its balance sheet. Three years ago the Independent Fiscal Review for 2015 suggested in polite terms that the States should work out what their assets and liabilities were. We are still not there.

The States accounts do publish a form of balance sheet.  We are told about financial assets, including the island’s invested reserves, but it is not policy to capitalise fixed assets, even though more information has been published about the hundreds of property assets languishing on the States books.  On the liabilities side we also have better information, particularly about those arising in the social insurance area and in States employees’ pensions. The figures explain why plans for a secondary pension are making their way, slowly, through the bureaucracy.

Where should we go from here?  Perhaps we could start by accepting that, in an “intimate” political system like ours, it is difficult locally to obtain adequate independent views of our statistics and their meaning.  In other words, maybe we should instead use a number of independent bodies to provide the insight and analysis required.

Perhaps we could start with a statistics body separate from the States.   We might then consider an external review by a rating agency or respected multilateral body every three years.  And a triennial fiscal review by a body like the Institute of Fiscal Studies.  A review of relative poverty by, say, the Joseph Rowntree Foundation every, say, five years might also prove useful.  We are not talking here about curbing the island’s latitude in economic policy – rather the opposite. If you want evidence-based decision-making, you must have the evidence, and reliable interpretations of it.

Views: 399
We use cookies to ensure that we give you the best experience on our website. If you continue to use this site we will assume that you are happy with it. Find out more.