The next referendum may really test us

We’ve asked for the authority to hold more island plebiscites. Watch this space 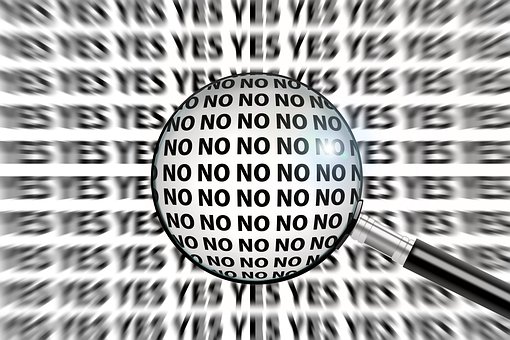 It is called a draft law because formally it authorises the Bailiff “to present a most humble petition to Her Majesty praying for Her Royal Sanction thereto.” In other words, nothing further will happen without Royal Sanction – a drawn-out assent process involving in particular the Privy Council.

A number of ironies nevertheless need spelling out in relation to this legislative development:

In response to these points, some might argue that this is not really about independence from the UK, since there may be other issues on which a referendum would be warranted.  Even so, it is difficult to imagine any other problems which are beyond the States’ means to solve on its own.  The recent exception – island-wide voting – was rather like the Tories’ EU problem, a topic so recurrent it couldn’t be killed off.

Likewise, it will be pointed out that the legislation contains some awkward hurdles to be jumped for a referendum to be held.  Two-thirds of the States’ assembly must vote in favour, and it must agree on the question or questions to be asked.

Also, given the magnitude of any decision to hold a referendum, it surely wouldn’t come out of the blue – a build-up of events in advance would inevitably precipitate a noisy debate on whether to call a referendum, and one may therefore not be called at all.  Rather, it is a kind of “reserve power”, just in case.

This of course simply begs the question: why might we be wanting to have such a power?  In May, Deputy St Pier told the States’ assembly:

“The Policy & Resources Committee believes it is of strategic importance that we have the legislative and procedural architecture in place to be able to test the will of the people of the Bailiwick – should it ever be necessary. In the event of any breach of constitutional convention by the UK, it is conceivable that the people of the Bailiwick may wish to express a view on the future constitutional relationship.  I have already written to the Ministry of Justice to advise that we intend to progress this work as a priority…”

At a seminar the same month on the island’s constitutional status, he made similar points, and the immediate source of his ire was the rather technical matter of whether Westminster would try and legislate to provide for public access to Guernsey’s register of beneficial interests in the thousands of trusts and companies administered on the island.

This matter is not closed. Pressure for a more open register has come from MPs in the House of Commons such as Andrew Mitchell and Margaret Hodge, and the fear is that this will broaden without a stand being taken at a relative early stage.

The Guernsey government’s view is that such information is already accessible by other jurisdictions with a legitimate interest in knowing the details of specific cases they were investigating.  It is not for any member of the public to go fishing for information which is basically private and should remain so.

Beyond this technical question, there are wider pressures to be addressed, the most recent of which have come from the OECD and EU.  These bodies are pursuing an initiative known as BEPS, which in the case of Guernsey is directed at the fear of the use of company structures (especially those offshore) to accumulate profits on which the tax otherwise payable in onshore business operations is effectively diverted.

Under this initiative, companies in all jurisdictions (especially those offshore) are expected to demonstrate “substance” in what they do.  In Guernsey, legislation obliging such structures to show exactly this characteristic has now been passed and the hope is that, Brexit or not, Guernsey will be recognised as an “equivalent” jurisdiction able to conduct business in fair competition with others.

The trouble is, even though Guernsey’s standards in this area will exceed most larger jurisdictions, there is no certainty that the ever-intensifying international pressure will now peak, and it is precisely in anticipation of further strong-arming that Guernsey wishes to be able to retain responsibility for what it chooses to do.  This, it would now seem, should include the right to assert its independence in respect of foreign affairs and defence, for which the UK (on behalf of the Crown) formally retains responsibility.

Needless to say, there are many complications in this stance.  One of the most tantalising is the UK’s additional insistence that the Crown has responsibility for ensuring “good governance” in the islands.  This highlights another irony, for whether or not it has such responsibility – and some would dispute it – the recent political upheavals in Sark and Alderney, both part of the Bailiwick of Guernsey, have prompted some in Guernsey to ask whether, for governance reasons no less, they should be downgraded to district councils rather than have assemblies with tax-raising powers.

All this apart, we may all need to be primed for a big test should a referendum be held on our constitutional future, for it is difficult in this modern world to see how Guernsey could possibly fend for itself as a genuinely independent entity.  Still, the UK’s involvement in Guernsey affairs is a fragile thing: the island only became attached to what is now the UK in 1066 through William of Normandy, of which Guernsey was a part.  Even now, its allegiance as a matter of fact remains less to the government in power at Westminster than to the Crown itself.

— One illuminating aspect of Guernsey’s position in relation to the UK is how much better off the island is in comparison with the former British colony of Hong Kong in its relations with China.  Under the 1997 dispensation whereby Hong Kong was returned by the UK to China’s embrace, known then as “One Country Two Systems,” China had control of Hong Kong’s defence and foreign affairs but Hong Kong was otherwise not to change for 50 years.  Since then, China’s involvement in Hong Kong affairs has grown, to the point where questions are being asked about its future as a jurisdiction where the rule of law operates and fundamental political freedoms are not at stake.  For Guernsey, where the embrace of the “metropolitan” power of the UK has grown over the same period, the island’s standing remains somewhat clearer – at least for now.  Over the same period, Guernsey had gained greater independent international stature and profile even though formally it has no capacity on the international plane.