In crises demanding choices, the buck stops with the politicians 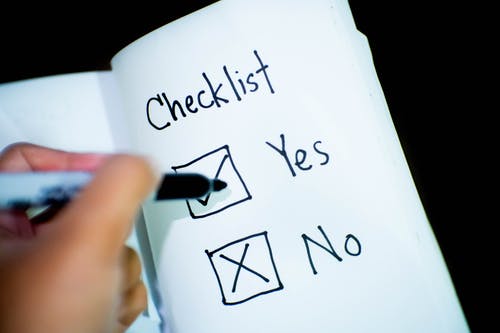 From a distance, politics looks almost romantic: it is about the exercise of power, the peaceful reconciliation of differences, the art of the possible.  Close up, however, it is about making painful choices under public scrutiny, in particular from social media.

In Guernsey this has been thrown into relief by the devastating Covid-19 disease.  Our leaders’ approach was simple:  get the experts in, look at the available evidence, assess alternative courses of action, do what makes sense.  But as elsewhere, this has proved to be more complicated.

To show how far we have come, what follows is a first impression of the ultimately political trade-offs forced on our leaders:

Centralise decisions at the expense of the assembly?  The resort to the Civil Contingencies Authority and emergency powers was an essential first step in combating the virus.  Despite being an apparently anti-democratic move, it garnered widespread support from ordinary people who suddenly saw well-informed decisions based on best-available information, ignoring personalities – a characteristic for which the sovereign assembly is less well-known.  Weeks earlier, commentators were happy to call this “the worst States ever.”

Lives or livelihoods?  Three anti-virus strategies were on offer.  Let the infection take its course as though it is like flu; “lockdown” to reduce the reinfection rate below 1 (ie. one sufferer on average infects less than one other person); or isolate individual cases through mass testing, contact tracing and quarantining.  The first of these entailed unacceptable numbers of deaths, the second enormous economic cost, the third required acquiescence, reliable testing and trained people.  Guernsey adopted the second, beefed up with limited testing.

Follow the UK or go your own way? The UK started with the first strategy and, when the disease spread rapidly and promised hundreds of thousands of deaths, it belatedly moved to the second. The aim: to lower and delay the peak infection level to let the NHS cope.  Locally this approach was felt to have flaws and was strengthened by checking all arrivals to the island, enforcing self-isolation where necessary and testing obviously symptomatic cases.  When holiday-makers returned from infected areas elsewhere, it was reinforced.

Even so, testing became a problem.  Yes, Guernsey enjoyed a protective advantage in being an island.  But initially our tests were being sent to the UK and vital time was lost.  Strong words were exchanged, while Guernsey found its own independent source of testing equipment.  Then reagents went into short supply, and the number of tests per day was restricted.  Throughout, we saw unexplained volatility in the number of “results awaited”.   Anyone reading the runes would have wondered if things were going wrong.  But from this point testing focused on anyone reporting a wider catalogue of symptoms, and a contact tracing team swung into action to track down anyone who had been in contact with them.

Deaths in hospital or deaths elsewhere?  While it was recognised that the virus is most dangerous for those over 65 and especially those over 80, it took too long to look in the care homes, where these potential victims were concentrated and where carers as well as residents need the protection of comprehensive testing and protective clothing.  One perhaps surprising feature of Guernsey’s experience is that the hospital’s intensive care unit has scarcely been used and just one person has died in hospital.  The remainder (12 at the time of writing, plus four “presumptive” deaths) have occurred in care homes.  Significantly, it has been confirmed that the authorities allowed at least some of these deaths to occur in care homes rather than in hospital for compassionate reasons.  It has also emerged that, thus far (and unlike the UK), the number of “excess” deaths is scarcely perceptible.

Lift the lockdown or let local businesses suffer?   It is widely believed that, to establish the extent of the disease reliably and lift lockdowns safely, the majority of a population should receive antibody tests.  These are not yet reliable. And in Guernsey they look unlikely before September.  Testing in the interim is designed to confirm that those with symptoms have or don’t have the disease, though not necessarily with 100% confidence.  Also worrying: it is not clear whether those who have contracted the disease and recovered have gained immunity.

For the decision-makers, saving lives continues to prevail over allowing businesses to open.  A limited range of financial assistance measures are supporting those most affected, but eventually the costs to the economy and to the mental well-being of the workforce and their families will reach a political tipping point.  Signs of this became apparent this month with decisions to allow restricted deliveries to homes and to allow solo economic activities (gardeners, window cleaners, building workers) under controlled conditions.  Further changes would seem to require a decline in cases and/or deaths.  A return to schools is keenly awaited, but only a re-opening of borders will signal normality. Crucially, a second wave of infection is not ruled out, and no one wants to reimpose a lockdown.

How much should people be told?  The regular publication of illness and death statistics has been welcome, as was the decision to broadcast press briefings.  Likewise the willingness of Guernsey’s political heads to defer to the advice of the head of public health, who helpfully has a background in virology, and the frank acknowledgement that they will not get everything right.  We should remember that science is the study of the unknown and doesn’t have all the answers.  The insistence of our leaders that they are on top of things (“We’ve got this”) is a little overdone, as are the protestations of transparency.   Even so, the bulk of the population has gone along with the privations of lockdown.  In the next phase, we may depend on the introduction of digital health certificates for our freedom and the privacy-threatening use of phone apps to warn us we have been in near-contact with the infection.

Stand down from office or see the crisis through?  Guernsey was due to go to the polls in June to elect a new assembly.  Postponement seemed inevitable given the lockdown, even if every voter had been forced to use a postal vote based on manifestos sent through the letterboxes.  But if this decision was straightforward, the choice of a new date was not.  Wait until the summer is over?  Have a winter or spring election?  Neither, as it was to turn out.

Suspend assembly proceedings or virtualise them?  Suspension of the States assembly, happily, was on no one’s agenda – the lockdown required assembly approval so, short of some sort of coup, a way had to be found for it to meet.  Thanks to the UK company contracted to overhaul government IT systems, it became possible to meet virtually – and for the public to watch proceedings online rather than merely listen.  A double first…

Two critical decisions were required: legitimise the lockdown, and decide the election date.  The first was approved with scarcely a draw of breath.  Postponing the election to June 2021 at least allows further preparation for the first-ever “island-wide voting” system.  The decision itself seems to be widely accepted, whether or not deputies are being civic-minded or hanging on to the trappings of power.  Given the alarming economic costs of the virus, some may not survive this politically, others could emerge with real power to get things done.

Raise tax revenues, liquidate reserves or borrow?  The leadership has confirmed that about half of the government’s “core investment reserve,” or £100m, is needed to fund the payments being made to local businesses and employees and to counter the shortfalls in tax revenues.   On top of this, it wishes to raise £500m in fresh borrowing to meet future unspecified economic needs arising from the virus onslaught.  Critics said the government itself, including deputies, should be taking a pay cut.  Cynics joked that if income tax was abolished for a year, the money would stay in people’s pockets and the States would be forced to downsize.  Others noted pointedly that a bitter dispute over nurses’ pay wasn’t resolved before the crisis broke.

Income support, infrastructure spending or business investment?  Rather like Third World countries which go to the IMF or World Bank for assistance, questions need to be asked about this proposed borrowing and how the proceeds might be deployed.  This is not a matter for the Civil Contingencies Authority alone, or indeed for government micromanagement.  Instead it requires authoritative economic, statistical, commercial and entrepreneurial input, to ensure that the benefits of increased expenditure are not squandered abroad but are put to work at home.  So far our leaders have depended on medical and scientific expertise. Now business influence and expertise is needed, in a further display of collaboration.

Back in January the only question which needed answering about the outbreak of the virus in China was whether to treat it seriously.  It is too early to determine whether we started our fight early enough by scrutinising all new arrivals, enforcing self-isolation and “testing, testing, testing.”  Likewise over the lockdown.  We must anticipate moving away from this “pandemic” phase into “reconstruction,” at the very time that the populace is becoming impatient if not exhausted.  The choices facing our leaders will get harder.  But their task now is to finish the job.  In the process they will determine the future not just of themselves, but of our island.