Two under-recognised routes towards “quality” in the States 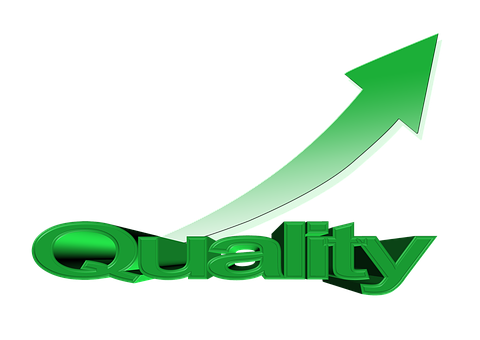 The recent referendum debate saw much talk about the “quality” of our politicians.  Few exponents were prepared to define the term, but all seemed to agree on the general ineffectiveness of government and wondered what might be done to improve it.

Boiled down, the effectiveness of government depends ultimately on the respective roles of politicians and civil servants.  But this is not just a matter of politicians setting strategy or policy while civil servants deliver on it.  Those deciding policy need to be advised, seek evidence and research the options.  A dynamic interchange between the two is inevitable.

We can debate forever how the “right” politicians might be recruited to represent and lead us:  apart from arguments about the electoral system, look at the related debates over deputies’ remuneration, the structure of government, the inability of individuals to make a difference, and the “toxic culture” created by social media.

There is, however, one existing feature of our unique system which is under-used and under-exploited.  This is the role of non-States members on committees.

Sadly, few committees and individual politicians seem to value or even use this option. Even in those committees which exploit the facility of non-voting roles, the appointments appear to come from a close network of the existing members (reinforcing their groupthink) rather than from an open and transparent process, which surely should be a minimum requirement.

The States Trading Supervisory Board (STSB) is an exception.  It has two non-States members as full voting members on a five-person board (increased recently from a four-person body).  The two individuals are highly regarded and experienced in the appropriate areas for this committee, and the entity appears from the outside to be making good progress in discharging its mandate.

Imagine, then, a general move under which all the main States committees have just three Deputies but with two voting non-members alongside.  For one thing this would address the argument that our politicians have too much to do, putting them off standing in the first place.  For another it could allow a reduction in the overall number of States members.

The proposed committee balance would also blunt any objection that having unelected individuals would erode our democracy. The offsetting benefit would be realised by tapping the talent of skilled individuals motivated to make a meaningful contribution.

Such a change would plainly require a more open appointment process, perhaps overseen by an independently-chaired appointments panel covering all States appointments, paid and voluntary, to ensure good governance in a practical and effective manner.  This panel could also play a key role in improving the quality of official decision-making by improving the diversity of such groups.

In the great search for better government in our island, you might think our politicians would welcome such an expanded role for non-states members.  They would certainly do so if it could be shown that the broad electorate was supportive.

The number seems dramatic, and has prompted at least one deputy to cry “not possible”, but in comparison with other jurisdictions such cuts are modest, especially against a backdrop of austerity and digital transformation.

One local political commentator has declared “better government is finally in sight,” and it may well be, but the headline number distracts us from the real and sensitive issue of the actual effectiveness of the civil service and its own ability to recruit or grow talented individuals, let alone undergo a wholesale restructuring.

By way of example, look at some recent episodes:

The awkward processes which have been followed in these cases raise concerns about good governance and suggest that the governance improvements recommended by the Wales Audit Office in 2009 are not yet fully embedded.

The question that is begged is whether, as we embark on a radical transformation “starting from the top”, we should have full confidence in the ability of the civil service to transform itself.  The broader conclusion is that effective government is not just about having better quality Deputies.