What you need to know from the States accounts

The figures for 2019 are already out of date. Here are some highlights and lowlights 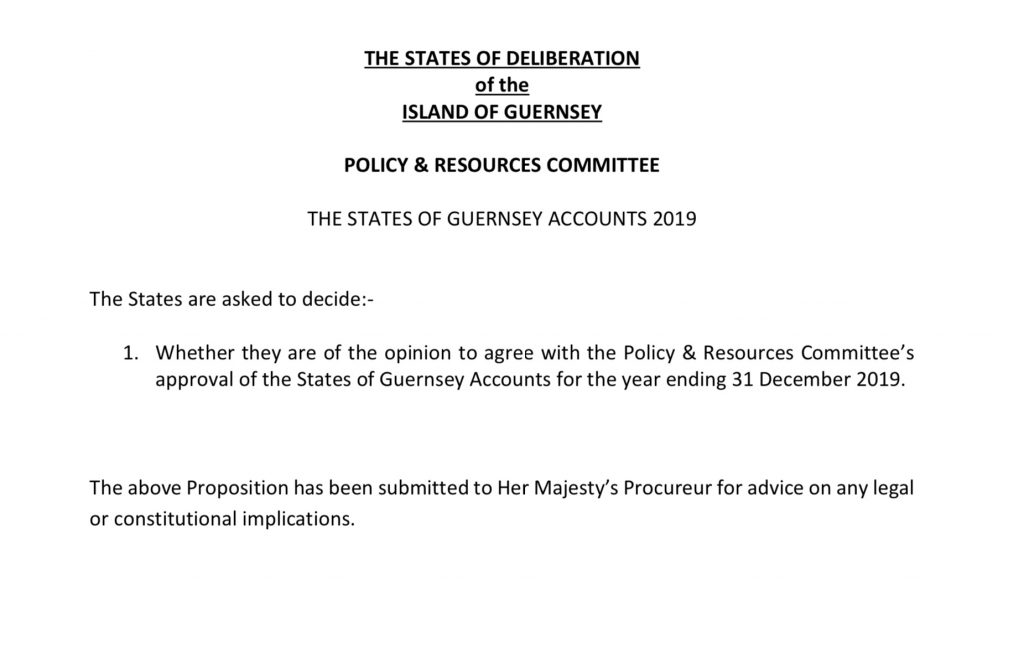 Were it not for the pandemic this year, the annual accounts for our government would, as in the past, warrant some sharp debate.  Instead, the virus and its aftermath mean that when our deputies discuss the position, the evidence before them will seem to be of mainly historic interest.  The detail suggests otherwise.

The official narrative is clear.  To quote Deputy Gavin St Pier, the island’s senior politician, the accounts show that years of financial discipline improved our position ahead of the pandemic.  A budget surplus, substantial reserves, modest borrowing and a good credit rating all meant the island was well placed to deal with the impact of the virus on the public finances, he said.  But “the financial position has changed dramatically and the Accounts don’t reflect where we are now.”

The precise detail of where we are now is still emerging, and must await the publication of various bits of data, in particular about unemployment, outflows of benefits and grants and inflows of tax revenues.  Much of this will come long after action has been decided and implemented under the proposed “Revive and Thrive” economic recovery strategy.

But what can we usefully say about where we have come from?  Quite a bit, it transpires, because – to the States’ credit – it is jam-packed with information, even leaving aside the old chestnut of continuing losses for States-owned airline Aurigny: £9.7m in 2019, £2m ahead of the expected figure, taking the accumulated total thus far to £15.2m – with more to come in 2020.

Plenty of other information is contained in the Accounts to satisfy the geekiest number-crunchers amongst us:  how the proceeds of the bond issue have so far been spent; how the States Trading Supervisory Board, States Works and Ports are performing; how funds are over-complicatedly tucked away, or moved around here and there; how well-remunerated senior civil servants are; and so forth.

Now we must look forward, to a full-blooded assessment of where we are with the States finances.  That ought to come with the budget later this year, presumably with a new assembly if an election finally goes ahead.  We shall see serious changes on the tax and spending fronts given the support provided over recent months to businesses and individuals, and on the so-called balance sheet with the proposed additional borrowing of £550m.

In this context it is a moot question whether we can go on with the same approach as before to the States accounts.  As with the comprehensive micro-economic statistics which Guernsey should also have, it is incomprehensible that cost is a factor preventing our leaders from understanding as best and as soon as possible the signposts required for the journey we are on, not to mention our destination.

This is especially true now that the pandemic, in the words of Deputy St Pier, has “trashed” the public finances.  And all the more pertinent given that the good intentions of the “Revive and Thrive” strategy must still be turned into hard-nosed decisions.