Alderney, Sark and their unloved triangle with Guernsey

How should the Bailiwick handle its own ‘dependencies’? 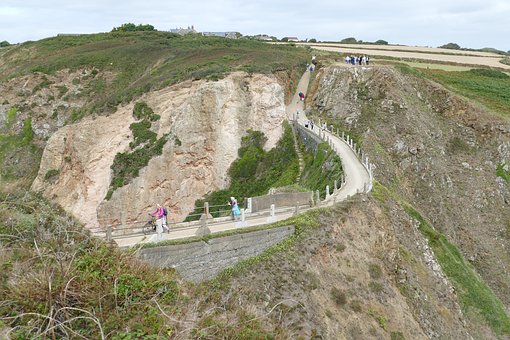 Here’s a thought experiment.  Suppose, as has recently been suggested, the UK parliament ruled that the Crown Dependencies’ anti-money laundering regime should include an open publicly-accessible register of ownership in respect of all the trusts and companies they administer.  And suppose, as has also been asserted, that by legislating to achieve this without the Dependencies’ consent the constitutional arrangements between them and the UK would be flagrantly flouted.

Those on both sides who understand these matters say the Dependencies would be right to resist both moves.  Noisy argument and expensive legal proceedings would follow to try to settle matters.  But when you consider the raw power relationship between the two sides, what might the end-result be?  A referendum-backed declaration of independence by each of the smaller territories?  Their ultimate incorporation into something more than the ‘British islands’?

Now put the boot on the other foot.  Think about Guernsey and its current awkward relationships with Alderney and Sark.  The legal and constitutional position is different, of course, but the standing of the two smaller islands in relation to Guernsey echoes Guernsey’s in relation to the UK – they are dependencies.  Worse, neither of the two is operating on a sustainable basis, and the problems they each face are making the solutions more difficult while they are left untackled.

What should be done?  From those who know the intricacies of the islands’ relationships, the answer one hears is: “Think hard about formalising the realpolitik of the current arrangements”.   In other words, if push comes to shove, Guernsey should force its will on its sister islands.

This sounds contrary to Guernsey’s case against the UK, but popular opinion seems to support it.  All too often – most recently in the controversy over spending £12m to rehabilitate Alderney’s runway – outspoken people on the “big island” suggest that Alderney should be “cut adrift.”  It is no different with Sark: one deputy says privately that he really doesn’t care about what happens there, as it doesn’t affect him personally.

Reading this, and recognising the paradox, you might ask what on earth has happened in Alderney and Sark to make such questions so relevant.

First, one should note that the differences between Alderney and Sark are rather greater than the similarities, which extend chiefly to the fact that they have small populations (Alderney 2,000, Sark 500), they have their own elected assemblies and they are ineluctably part of the Bailiwick.

Second, some background.  Alderney became a prison camp and was virtually destroyed by the end of Germany’s occupation in WW2, its local population having previously been evacuated.  Post-War reconstruction began quickly, and future government arrangements were agreed in 1948.  The island became part of a fiscal union with Guernsey and, despite gaining its own assembly, acquired two representatives who sit directly in the Guernsey States assembly.  Guernsey took responsibility for a number of key services, for the airfield and under a separate arrangement the harbour breakwater.

Each of these responsibilities is burdensome.  When set against the long-term deterioration in Alderney’s economy, they become more so.  In recent years efforts to modernise the local hospitality sector have stumbled, an electronic gaming sector has emerged in fits and starts, and the accounting firm PwC has successfully set up part of its Bailiwick business there.  But it has struggled to attract inward migrants, and as its finances have worsened it has clashed with Guernsey, culminating most recently in the express desire of Guernsey to re-negotiate the 1948 agreement.

Sark’s experience of German occupation during WW2 is said to have been more benign than Alderney’s.  No evacuation occurred, and normal life eventually resumed – except “normal” in Sark appeared to mean anything but adapting to modern times.  It was the arrival 50 years later of the billionaire Barclay brothers on the adjacent island of Brecqhou that confirmed the diminution already under way in the once-feudal powers of the Seigneur and the owners of the island’s 40 land “tenements.”

It is easy to gloss over the complications posed by the Barclays’ ultimately-thwarted desire to run Brecqhou as their own and their ongoing campaign to modernise Sark.  Suffice to say, after strenuous lobbying and court actions plus dogged resistance from the established order, Sark’s assembly, called “Chief Pleas,” did become democratically elected.

Eventually, this was followed by the appointment of a full-time civil servant to administer the island and its finances.  In the process, however, the island’s inhabitants themselves became hopelessly split, and the position now is fraught.  The civil servant left in frustration last year, there is little or no competition for seats in Chief Pleas, and it is evident that the judicial, policing, schooling, health and child welfare systems are malfunctioning.

No less important, five years of abortive attempts at land reform have done little for the majority of the resident population, while most recently a dispute over the privately-run power company’s electricity charges has threatened to turn the lights off altogether. Meanwhile a local campaign for a customs post in Sark has been another hot potato, less because it would give French tourists direct access to the island than because it would complicate trading and border arrangements.

In respect of both Alderney and Sark, it is a moot question who is responsible for the direction they should now take.  Local inhabitants would like the least possible interference in their affairs and local matters to be their responsibility.  The UK government, now sensitive to international comment about their Crown Dependencies, starts from the view that, in an interconnected globalised world, the islands should be run in a manner appropriate to the 21st Century and in line with the Convention on Human Rights.

Caught in the middle is Guernsey – keen to be seen as a modern and properly-run jurisdiction, but stuck with its obligations as the anchor of the Bailiwick.  The island is often said to have autonomy in all matters bar defence and external affairs.  But the Crown – in practice the government through the Ministry of Justice and Privy Council – cares also about the territories’ good governance.  So, while it is fine for the islands to have tax-raising and legislative powers, there is still a limit.  .

The UK person who pronounces on these matters is usually a junior minister in the Department of Justice.  Currently this is Lord Keen, a member of the House of Lords, but in recent years the individuals have changed with surprising frequency. The peculiar position of Sark complicates things further – not for nothing have various Lt Governors, as the Queen’s representative in the Bailiwick, occasionally sought to facilitate dialogue and conciliation.

All told, Guernsey seems to be shouldering responsibility without power – the prerogative of the sorcerer through the ages, as the wags would have it.  On another view, however, Guernsey could make it very costly to resist changes, and may well find itself obliged to, because the alternative, namely to allow the British government to intervene, is worse.

One way forward might involve making the Bailiwick a confederation.  This would mean a few vital all-Bailiwick powers would rest with a central government in St Peter Port, and most truly local responsibilities would remain with the islands.

The notion of a confederation as a solution is not new, and was even suggested for all the Channel Isles in 2012.  But agreement may not be possible, in which case a half-way house may be required.  In the case of Alderney this might mean more devolved power to set taxes locally, while for Sark it may entail broadening its tax base to finance the responsibilities it must shoulder.

The matter of political representation is critical when it comes to tax.  Perhaps Sark could emulate Alderney by having representation in the St Peter Port assembly and direct financial support from Guernsey.  Or Alderney could lose its representation and become a parish council, similar to the current Sark position. The two islands might gain a sense of “taking back control,” though they might equally be jeopardising their own future.  A further option might be to revive a dormant Guernsey-Alderney political body to include Sark as well.

Whatever happens, Guernsey, as the senior island, will be expected somehow to ensure the provision of modern public services throughout the Bailiwick.  And the inescapable fact for the two smaller islands themselves is their life-threatening dependence on connections with the outside world – in Sark’s case limited to a ferry service, in Alderney’s an air service.  Without enhanced connections for each, progress will be slow.

Dealing with all of this will therefore take visionary, outward-looking political leadership on all sides.  No need to hold one’s breath, you might say.  But we can’t shrug our shoulders either.  We may all have to deal with similar problems when it comes to the UK.