What’s really going on with the economy? 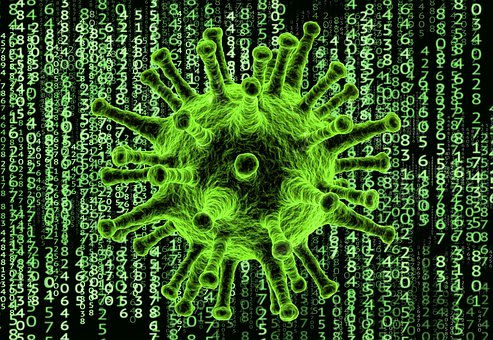 So, you’d like to understand what is really going on in Guernsey’s economy.  What serious person wouldn’t?  To do that right now, you must resort to three sources of information: popular anecdote, sporadic official publications, and the utterings of our leading politicians.  Lay this evidence end to end and you may still struggle to reach a conclusion.

Start with the anecdotes

Normally at this time of year many of us would be heading off-island for a holiday while tourist numbers from outside would be peaking.  Some businesses would seasonally be slowing down and schools would be shut, but hotels, restaurants and shops would be buoyant, boosted by visiting cruise ship passengers.

This year, though, we have “the virus”.   Or we may even have “had” the virus, since the shock of the Covid19 pandemic seems locally to have dissipated.  What we have instead is the aftermath, and the anecdotal evidence suggests things are better than simply OK.

Thus, our all-important finance sector companies have apparently held their own by resorting to “working from home” to stay in touch with each other and with clients.  Without this, the economy would have been truly on the ropes by now.

Estate agents say housing transactions in the local market have risen, while in the Open Market the only factor dampening rising interest is the requirement for visitors to quarantine for 14 days.  As if to confirm this, Locate Guernsey, which channels outside inquiries about living and working in Guernsey, is also busy.

Residents whose jobs are intact but who are not spending on trips abroad are meanwhile pressing ahead with house renovations.  Building companies and their contractors – scaffolders, electricians, plumbers, carpenters, materials suppliers – seem to be snowed under with work orders.

On top of this, people with spare cash want new cars, bicycles or clothing, and despite stock shortages this is helping parts of the retail sector which suffered a downdraft during lockdown and saw diversions of business to online outlets.

Then there are the local restaurants, bars and night clubs, evidently enjoying a rush of business after weeks of being shut and laying off staff.  Thanks to a well-promoted campaign, hotels hit during lockdown are benefiting from a “Staycation” campaign encouraging local people to stay as guests for a night or two.  Herm, Alderney and Sark have done particularly well, and could have done better with more staff to service their operations.

Now look at what data is available

The focus here must be on the labour market, the source of most States tax revenues.  The most recent States unemployment bulletin up to the end of June confirms a rapid rise in joblessness to historic levels.  A total of 1,135 people were registered as wholly unemployed, equivalent to 3.6% of the workforce (up from 1.0% a year earlier).

While less than the 1,631 peak recorded at the end of May, this is still by past standards a wounding casualty count.  Not only do we now have people claiming unemployment benefit across all sectors (administration and finance, construction and trade, retail, and catering and hospitality), we also have “underemployment,” with people earning less than they could by having to work below capacity, even though they are not formally “unemployed.”  Almost certainly we also have continuing employees who are being paid but who can’t yet work as productively as in the past.

With more students than usual seeking work back in Guernsey this summer, plus the evidence that many vacancies attract an abundance of applicants, and things look less buoyant than the anecdotal accounts suggest.  Even where people are still being paid full rates by their employers, many are not yet able to work as productively as they did in the past.  Fewer visitors mean lower activity volumes, for example; likewise specialist contractors have been unable to arrive from overseas to complete key construction tasks.

Regrettably, there is not much other statistical evidence to help us.  We suffer a paucity of real-time data about the economy, and the statistics we do get are often too late to be relevant.  At a macro-level, we no longer have an independent review panel which once reported annually on the state of the economy (officially it is “in abeyance”), while an unheralded body appointed last year by the Committee of Economic Development appears to have published nothing in its name.

Turn, then, to statements from our politicians

Deputy Lyndon Trott, who leads on the economy for the top Policy & Resources Committee (P&R), says that internally “things are nearly back to normal, but the hit to the economy is far from normal”.  Pointing to a report by Standard & Poor’s – made in light of the £225m revolving credit facility we have taken on – he cites the agency’s view that “we will be back where we were in three years.”

It is no coincidence that this assertion tallies with the official line in P&R’s “Revive and Thrive” document.  What it is really saying, however, is that with a fair wind and the right policy measures, the economy might grow at a fast enough pace to regain the trend line it appeared to be tracking before the pandemic occurred.  In short, a few “ifs” to overcome.

Regarding S&P’s estimate that the economy would shrink by 9% in 2020, Deputy Trott believes (without further clarification) that it will be more like 8% and perhaps as low as 6%.   That seems to suggest he recognises the apparent buoyancy and foresees an ongoing bounce back in the coming six months.

Unavoidably, however, such projections depend on the course of the pandemic elsewhere (currently worrying), the absence of a “second wave” on the island (pre-supposing more extended testing than currently), an end to border restrictions (no decision due before 1 September), no likely end to States support measures (currently set for October) and few mass redundancies thereafter.

Head of P&R Deputy Gavin St Pier, a man careful to balance his words, says he is in the “feel good factor” camp but, in a riff about the dark side of things, acknowledges that “we can expect further more permanent job losses later in the year and into next.” He says the public finances “have been shredded, putting a £150m hole in this year’s budget,” adding that this means “the island’s sovereign wealth fund, our core investment reserve, built over 30 years, was blown in a matter of weeks – and the spectre of millions of pounds of public debt looms large.”

In a similar vein, the increasingly influential Scrutiny Committee of the States has reported critically on the way the assembly has managed its capital spending programme over the past eight years.  It says the bureaucratic process is long-winded and risk-averse, and lacks the internal expertise to manage projects successfully.  As a result the government has fallen well short of a notional spending target of 3% of GDP, putting the funds into an unspent capital reserve instead and thereby hurting growth.  This can’t continue, the committee says, and it threatens the “Revive and Thrive” strategy.

Add it up if you can

The upshot seems to be that, if it is too early for solid conclusions about the economic damage, it is not too late to recognise that the island is in a bind over the way forward and must as a matter of priority plan for its future.

On this, Deputy St Pier is clear that the most important decisions are those needed to ensure Guernsey’s future economic competitiveness.  They include air and sea links, data connectivity, investment in the built environment and an improved skills base.  But he is plainly reluctant to say what those decisions should actually be, let alone press ahead with plans to implement them.

Instead it is convenient to point to the need for consultation with business and the third sector and, with an election looming in October, to galvanise the population behind an ambitious recovery notion.    In his most expansive moments, Deputy St Pier says we will need political representatives who “implement change when they are in a minority.”  All of the changes “need to happen quickly – at Covid speed…That is the revolution that needs to happen right now”.

Perhaps we shall see this ambition turn into some hard-nosed recommendations over the coming weeks.  Perhaps we shall also hear more warnings about the need for urgency, and (rather less likely) about the tax hikes which may become necessary.  Either way, we’ll start savouring candidates’ promises in early September, and we’ll perhaps witness the novel emergence of coalitions and parties.

Before we go to the polls we will no doubt be offered plenty of three-word maxims – “Revive and Thrive” being one, “Build Back Better” being another – and we’ll hear appeals to such universal values as equality, neighbourliness and, nowadays, well-being.  But what voters will have to do is separate the wheat from the chaff and, in a throwback to a past US election, locate the beef.