We seem to love e-bikes. Where are their auto equivalents? 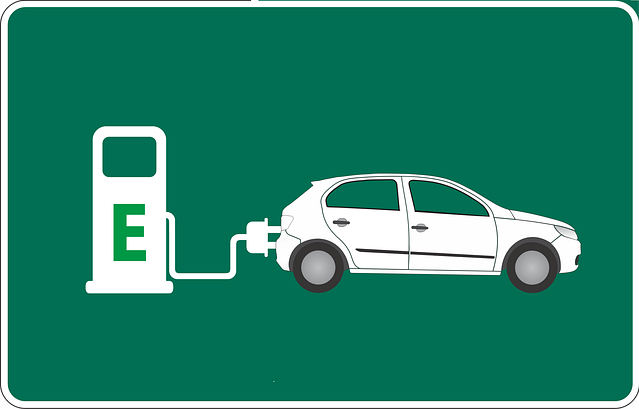 Much as we all love where we live, there are lots of practical disadvantages to living on a small island.  We accept these as part of life and get on with it.  Sometimes, but rarely, an advantage in being small and cut-off pops up. When that happens, it’s usually sensible to grab it as it goes past.  The opportunity afforded by electric cars seems to be one such.  But we seem to be failing to do so.

There has recently been much excitement over the States’ subsidy for electric bicycles.  When this was announced it seemed difficult to know whether to cheer or groan.  As an enthusiastic cyclist (but also a petrol head before you jump to conclusions), your correspondent felt instinctively that anything which gets people out of their cars and onto two wheels should be applauded.

Yet there were two problems.  Firstly, as a tax payer, you feel somewhat cheated to be required to pay to get others onto bikes when no equivalent disincentive to car use is introduced.  Linked, but more importantly, the idea lacked an overall vision, and exposed once again the absence of a meaningful, integrated transport strategy.

Conventional cars are noisy and noxious.  They pump carbon monoxide, particulates and other hazardous pollutants into the atmosphere and then the boats that import the fuel into our island pump a bunch more on top.  Conventional cars with internal combustion engines have one overwhelming advantage: you just add more petrol and keep going.

Electric cars are quiet, ultra-cheap to run and they do not pollute (much).  But they come with range angst: even the most sophisticated will cover barely more than 250 miles between charges, charges that take forever.  But this does not matter to most people driving around Guernsey, with the possible exception of taxi drivers and delivery vans.  The longest commute to town is barely more than 12 miles return.  Add in a visit to the Coop and a game of cricket in the evening and all electric cars would comfortably cover a week of typical driving between charges.  Guernsey is the perfect place to use an electric car.  Even better, very little in terms of electric infrastructure (charging points and so on) would be required compared to most other places on Earth.

Ah, you say, but electric cars do pollute because you must account for the pollution from the electricity production.  A quick glance at the sources of the French electricity that is pumped down the pipe to Guernsey reveals, however, that 92% of it is “low carbon” (ie. from renewable sources or nuclear), according to the IEA.  So, once again, Guernsey is a perfect place for the electric car.

So why are there so few electric cars on our noisy, clogged roads?  The answer is not that they are not yet available, or only available as hybrids.  Practically all major car manufacturers offer all-electric models.  The simple reason is that they cost too much.  A cursory glance at the prices of, say, a conventional, petrol VW Golf shows it to be around £16,000 in Guernsey.  The electric equivalent is £26,000.  That premium is simply too much for anyone to contemplate, your correspondent included.

The UK provides a subsidy of £4,500 for each electric car purchased.  It has further proposed banning all cars that are not electric from 2040.  Governments writing cheques to all and sundry is a practice not to be encouraged when books have to be balanced, and Guernsey’s leaders should not be tempted down this path.

We could use a much simpler system: a conventional, internal combustion-engined car could have an additional registration tax of £5,000 and every electric car purchased could have a £5,000 subsidy.  In this paradise, both VW Golfs (petrol and electric) would cost £21,000.  The choice is then that of the consumer: if you take your car off-island a lot (or live in Town and charging is tricky), be my guest and buy the petrol version.  If you stick around in Guernsey or have a green conscience, buy electric.  The cost is no different, so pricing does not distort our decisions and it costs the taxpayer nothing.

We can debate whether the subsidy should be £5,000 and whether it will be precisely revenue neutral to our government, but the basic principle seems simple, clear and attractive.  In the process we can show ourselves to be an example to others.

With so many bright sparks down at Frossard House, a civil servant or two must have pondered this too.  Government plainly has no problem writing a cheque for an electric bike.  So might it be that electric cars are not encouraged because taxing petrol is such an effective way of picking our pockets?