Five ways to give the Social Compact meaning

More could be done if the will was there 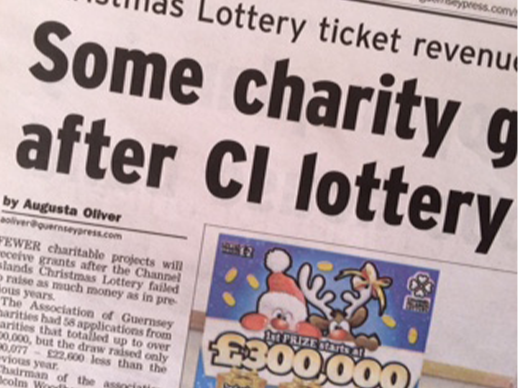 For an island with high levels of wealth alongside evident pockets of individual need and large numbers of charities, the States of Guernsey can sometimes seem ambivalent about whether the Third Sector makes a difference to the local community.

In 2014 the States signed what was called a Social Compact, an understanding with the Third Sector intended to frame the relationship between charities and the States. Those in Government at the time had learned about the ‘baby-boomer’ demographic cohort now moving into retirement, and saw advantages in encouraging the outsourcing of the increasing pressure and cost of Social Care to the Third Sector.  Because charities are well placed to deal with this express train better and more cheaply than the States, the logic of the opportunity was palpable.

So, what has the States done since this was signed?  Er, pretty much nothing. If anything, the relationship has gone backwards since the 2016 election. The Third Sector has consistently brought forward ideas but has felt ignored or turned down.  The sense is of indifference by the States towards, and a lack of engagement with, charities.

If you ask Peter Rose of the Association of Guernsey Charities to identify the more urgent areas where things could be done, he lists five.

1 Bring in Gift Aid and Payroll Giving.  Everywhere else in the developed world, charity donors get tax incentives.  There is a wealth of evidence suggesting that tax incentives drive donations, and that this leads to better funded charities, which means charities can do more and government can get away with doing less.  Yet last year the Policy & Resources Committee effectively dismissed the 53-page Charitable Giving Review they commissioned from the civil service and the Third Sector which pointed to clear conclusions supporting Gift Aid reform.

What Guernsey has at the moment is not a recognisable form of Gift Aid.  The donor has to give at least £500 and the scheme is capped at £5,000 per donor.  The administrative procedure is tortuous.  It is relevant to only 400 of our 32,000 taxpayers, and the majority of tax rebated under the scheme goes to churches, only some of which finds its way into community services.  Jersey and the UK have unlimited Gift Aid and Payroll Giving.

The work that charities do in the community can be valued at £75m to £125m per annum were the States to pay for them.  This, according to Mr Rose, is based on a study of the UK by the Bank of England Chief Economist Andy Haldane, applied pro-rata to Guernsey’s volunteering effort.  One can only imagine what the island’s public finances would look like if charities stopped their work.

Charities can do a better, more sustainable, job (and sustainability is important) if they have a guaranteed income stream.  Some amplified form of Gift Aid – call it something else if necessary – would support charities financially and need not involve extensive administration or negotiation or formal grant agreements.  If necessary, Grants could be restricted to charities doing things that fit with the States Plan, but at the moment most charities are getting very little for what they do.

That advantage-taking has to stop, and it wouldn’t cost very much.  If the States brought in full Gift Aid, as the Charitable Giving Review proposed at an estimated cost of £500,000 per annum, the unexpected budget surplus recently reported for 2017 would cover this for nearly 50 years.

2  Change the contractual arrangements behind the Christmas Lottery.  The balance of reward should be better skewed towards charities.  At present the commercial parties running the Lottery earn more than finally goes to the Third Sector.  Jersey amended their commercial contracts in 2017 and their charities now get £1.25m from the Jersey lotteries, compared to the £190,000 available to Guernsey charities.

Why don’t the profits from Guernsey’s Christmas Lottery and Scratch Cards go to the Third Sector as they do in Jersey and the UK?   The profits from the Scratch Cards in Guernsey (which go to the States) are almost certainly reducing the public’s appetite for Christmas Lottery tickets. It is hardly surprising that the proceeds available to charities were down 12% this year.  If it all went to charities and good causes, the distinction wouldn’t matter.

3 Stop taking advantage of the good nature of charities who do things for the States.  Soon after the Social Compact was signed, the Third Sector asked for a better understanding of how the States believed it engaged with the Third Sector.

A privately funded project was established to find this out and discovered that out of the 500+ charities in Guernsey, only 27 got any money from the States, and that as at 2014 they shared in £6.5m.  Of this, £5.4m went to pay for the Ambulance Service, the Libraries, and the Youth, Sports and Arts Commissions.

Meanwhile the remaining 21 charities who got the residual £1m or so (this out of total States expenditure exceeding £350m) are providing such essential services as support for victims of crime, the Women’s Refuge, contraceptive services, the drug and alcohol strategy, various agencies supporting mental health and disability, and many others.

The project also revealed that States funding does not cover the costs of providing these services in most cases – in the worst examples it covers only 50% of their costs.  Not only that.  In almost all cases these agreements were materially deficient.  Some had no formal agreement at all.  Almost all had no proper service level agreement.  There were no provisions for cost inflation, and no termination arrangements with proper notice periods.  Where funding did not cover the cost of the service, the charities relied on public donations for the rest.

Since these findings were revealed in January 2016 almost none of these materially deficient cases have been resolved.  There should of course be proper contracts in place for all 27 Third Sector bodies doing work for the Government, but what is needed are arrangements that work properly for both sides.

If the States is not going to do things directly, a charity should get all funding for States work from the States.  It shouldn’t have to go fundraising from the public.    It is difficult to escape the impression that the States knows Third Sector organisations will accept this undesirable position even if the money is not enough.  Charities are not inefficient, and the sort of advantage-taking we have now, intentional or not, needs to stop.

4 Introduce a Social Investment Commission.  Exasperated by the indifference and inaction on the part of the States for almost three years after the Social Compact was signed, the Third Sector proposed establishing a Social Investment Commission.  The idea behind this is simple but effective, and given the States focus on not putting any more funding into the Third Sector, requires no money from the budget.

Broadly the Commission would have access to various pools of sterile money, such as dormant accounts and various funds controlled by HM Receiver General.  These funds, which are larger than most people realise, would finance existing charities who wanted to offer new services that the States would like to outsource, or to assist in setting up new charities to do just that.

Crucially, the money would be described as ‘lent’ to these charities and ‘repaid’ over a ten-year period from savings that the States would make by outsourcing.  It’s a potential virtuous circle that could bring enormous benefit to the States over time.  Surprising then that, now almost a year and a half since it was proposed, the project has barely commenced, with project meetings repeatedly postponed.

5 Develop a Strategy for the Third Sector and resource it properly.  The neglect shown towards the Third Sector is not in the interests of either the Sector or Government.  The only ideas to build the sector have come from the Sector, and most have been spurned or left to wither on the vine.

In the view of Mr Rose, the island needs a mutually agreed, constructive strategy for States support of development of the Third Sector, with ideas coming from both sides, and the resource to deliver it.  As he says, the Economic Development committee has one for the private sector, and there is a Government strategy for the public sector.  The Third Sector is the neglected child, and if the States carries on doing nothing, we must beware the opportunity lost, for we will all pay the price of indifference.