Inflection point: after the virus, the economy

Time to repeat the stratagem of urgency, decisiveness and openness 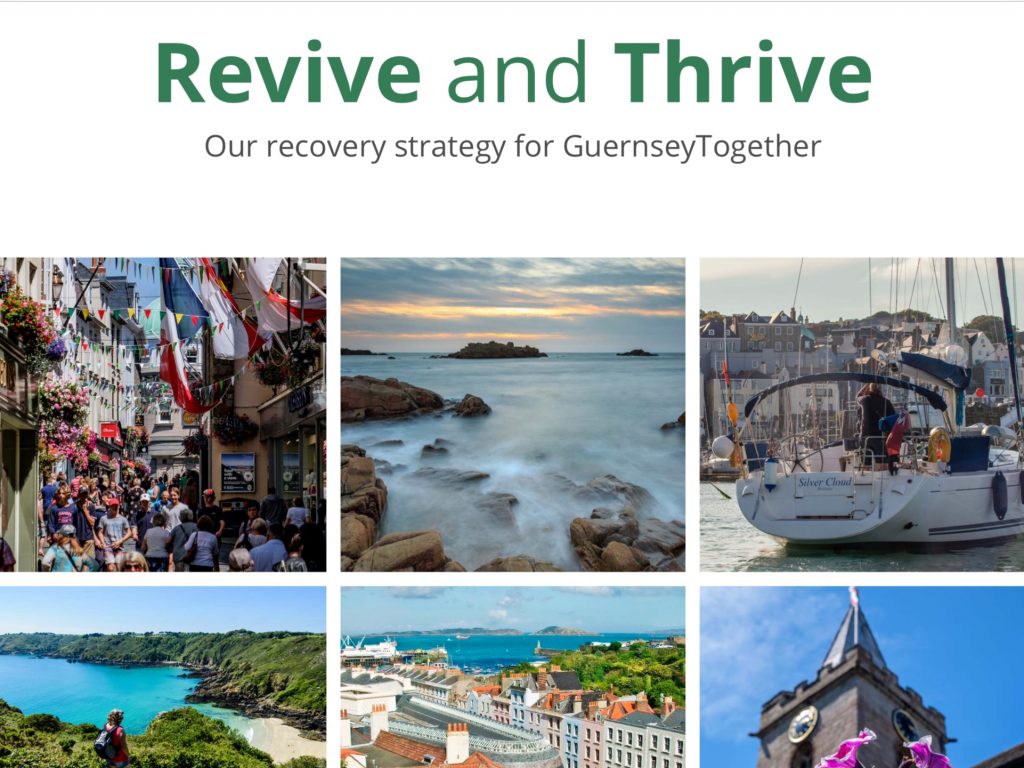 Last Saturday, June 20, marked a much-anticipated return to normality in Guernsey.  Satisfyingly close to the year’s longest day, the Covid19 disease was finally beaten 87 days after the first case of local transmission and 50 days with no new active cases.  Cue some justified mutual back-slapping for a job well done.

But of course the crisis is not over.  The next mammoth task is to salvage what we can from the economic wreckage.  The damage in human terms – the deaths, the health impairments, the lockdown restraints, the travel upheavals – has been well documented.  The full depth and breadth of the economic damage is yet to reveal itself.

We already know that the number of people seeking benefits has quintupled, and the number may grow further once the government’s assistance ends in September.  It may also be understated, inasmuch as many workers are likely to have left the island.  Either way, we lose their income tax contributions to our public services: employment matters more than unemployment.

We also know that, while the government has helped companies and individuals in the form of pay, grants and tax deferrals, this assistance plus a plunge in tax revenues has “trashed” the public finances.  To help us rally from this position, our leaders have published a high-level overview of what needs to be done on the economic and financial fronts in order to “revive and thrive”.  This is to be debated by the States assembly this coming week, and will then belatedly be thrown open to wider discussion with the business and community sectors.

To understand what is at stake, set aside two issues which would otherwise distract from the core questions.  So for a moment, just assume:

And what needs deciding exactly?  The 24-page document is published by the Policy & Resources Committee (P&R), and it has the hands of several politicians and some key civil servants on it: Deputy Gavin St Pier, the island’s senior politician; Deputy Lyndon Trott, who leads on economic matters for P&R; Deputy Charles Parkinson, head of the Economic Development Committee; and Deputy Heidi Soulsby, head of the Health & Social Care Committee, the island’s biggest spending department.

Although it is therefore a slightly rambling committee product, we must presume it captures the essentials for an economic recovery.  It duly spells out four short-term matters which must be tackled once and for all.

Each of these four matters is pregnant with complexity, and each has defied full-blooded assembly support and action, arguably at great cost to the island in growth and opportunity.  The document acknowledges their financial, environmental and social inter-connectedness, and says the pandemic experience has created an opportunity to rethink how sustainable development might be attained, how public services might be delivered and how the community might be rallied behind such projects and policies.

On the other hand, none of these project areas is new.  So while the atmospherics about “getting things done” are obviously positive, it is less clear how the key decisions will actually be reached.  The long-standing Future Guernsey Plan has not been modified, and no hints are offered to remedy the lack of prioritisation which has bedevilled decision-making over the past four years.  Nor do we yet know which of our current political figures will lead the charge.  Perhaps the debate in the assembly plus the consultations with business and community bodies will make a difference.  But time is short.

And then there is the money: how is it all to be paid for?  The short but diverting answer is with the use of £100m of our so-called “Rainy Day fund” plus proceeds of £550m or so of debt which the States assembly permitted us to issue, happily at a low interest rate.

Some £225m of that has been raised as a revolving credit facility over two years, repayable after a third or fourth year if we wish.  Another £50m of the £550m is earmarked to be raised from the local community.  The remainder will be longer-term, but is yet to be announced.  No direct mention is made of the £330m bond issued in 2015, £140m of which still lies unapplied to any project and invested for now in the financial markets.

While this will help repair the immediate hole in the public finances, already put at £175m-£190m, the fly in the ointment is the prospect of new taxes or raising existing ones.  It is easy to forget that, pre-pandemic, the States was already committed to a full-scale review of taxation, and it would be surprising if the subject of a general sales tax didn’t come up and, even more controversially, a wealth tax, if only in the form of a one-off levy.  Tax being a cornerstone of the island’s success in attracting international finance and wealthy individuals to its shores, controversy is inevitable.

More amenable to debate might be the actual manageability of increased debt and increased fiscal deficits – that is, accepting a less prudent approach to these matters than has been the case historically.  Everyone knows that all this debt will need to be repaid if it is not refinanced before it falls due.  Some of the longer-term borrowings can be used to pay off the revolving credit, but that would reduce the firepower available down the road.

Such debate is less important than the apparent assumption that, because spending these proceeds will amount to a Keynesian-style fiscal stimulus, the increased growth which results should have a multiplier effect which adds to fiscal revenues later on.

One difficulty with this is indicated by the crude charts in Revive and Thrive which show four scenarios for GDP growth in the island.  The best case includes this stimulus, and shows the economy bouncing back sharply in a V-shaped recovery by next year before settling into a rate of growth greater than the trend rate assumed for the pre-pandemic period.  This, it is suggested, generates an overall position by 2030 that is some £1.4bn better than it might have been, with improved government finances, lower unemployment and improved household incomes.

That is a lot of positives resting precariously on a soft foundation, especially given that our growth is rather dependent on what happens in the rest of the world, and our statistics generate only GDP estimates for the island many months after any year has ended.  Still, the underlying argument is fairly conventional.  If we see positive action in the next few weeks, the fillip to confidence might bring its own rewards.

Finally, there is the small matter of the two issues we “parked” earlier.  What if there is a second wave of the virus locally?  Or the UK, our most important neighbour, can’t reach a position where we think our borders cannot safely be re-opened?  Without open borders, we cannot hope to regain the economic position we enjoyed pre-pandemic.

And what if the new system of island-wide voting for the forthcoming election produces an assembly no better at making decisions than the current one?  Worse, what if, even going for the earliest possible election date, we do not have a functioning assembly before November?

If all that happens, says one local businessman glumly, “It won’t be revive and thrive, it will be strive to survive”.