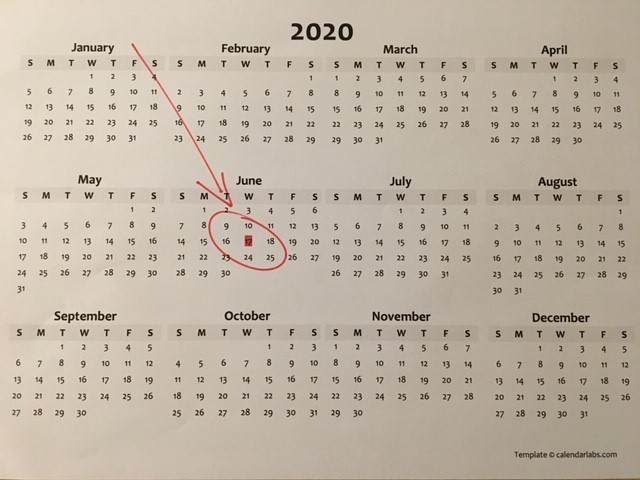 When Pete Townshend of The Who wrote We Won’t Get Fooled Again back in the 1970s, he was surely expressing the simple hope that popular expectations should not be disappointed.  That his hope was forlorn quickly became apparent in the last two lines of the song: “Meet the New Boss….Same as the Old Boss”.

So it is with Guernsey public affairs in 2020.  We live in hope that events – in particular the June general election based on our first experience of island-wide voting – will produce a dispensation which is more effective than its predecessor.  We live in fear that it cannot and will not, leaving us instead with a new assembly just like the old one.

Of course the election is not the only focus of the year.  Expect much further debate about the onset of climate change, the unfolding of Brexit, the global cycles of business and trade and investment, and the outcome of the US elections. But we can for now leave aside these mega-trends and events, since none of us can usefully influence them, even though they will affect us.

Some of our own important but unsettled questions are nevertheless contingent upon these issues. Shoring up our sea defences, for example, or repairing our harbour and our airport, or deciding on a runway lengthening.  Will these, and others – like the future of Alderney and of Sark, or allowing stronger population growth in Guernsey – be matters for 2020?  One wonders.

Incredibly, some deputies wish to resurrect the controversial matter of secondary education.  This question is Guernsey’s equivalent of Brexit in the UK, dividing the community in a way which is likely to last well beyond 2020.  But like Brexit, the end of the selective 11-Plus examination has already been decided.  The only argument now is whether the chosen manner of implementation will work.

No less surprising is the revived debate about our system of government.  In the past 25 years we have seen changes to equalise the status of deputies (the 1990s abolition of Conseillers), a full-scale review of the committee system (the early 2000s Harwood reforms creating a Council of Ministers), and a further change to counter executive tendencies (the 2015 Fallaize adjustments forcing consensus government).

Yet in recent weeks we have seen critical opinions from an academic on standards of governance, a prominent deputy suddenly wanting a pre-election assembly debate on still more modifications, and a raft of other proposals from the Institute of Directors, no less.  What each of these have in common is an inordinate focus on process rather than on the one thing the assembly constantly fails to do – decide priorities.

Oddly, amid all this hardly anyone is talking about the parallel restructuring of the civil service which radically changes the way it supports the politicians.  Announced in 2019, it abolishes the senior civil service positions servicing individual committees, and yokes those top personnel into a group promising to end the debilitating phenomenon of “silo” government.

No doubt it will be helpful to some studious voters if politicians and candidates say where they stand on all of these intricate government processes, but it seems unlikely to answer the meatiest questions of the day.  Likewise, establishing candidates’ “values” hardly seems paramount – what politician doesn’t support efficient democratic government, or isn’t in favour of life and liberty and the pursuit of happiness?

No, what voters really need to know as citizens is what spending commitments candidates regard as unavoidable and what taxes they think must be raised to meet them.  It is these questions, not imaginative visions of the future, which make the election the single most important event of 2020.  Given that we will be seeing the first government spawned by an untried voting system, we need answers if the new States assembly is to produce a more cohesive, coherent government.

To his credit, Deputy Gavin St Pier, the island’s top politician, has called for a full debate on tax revenues in January.  However he has been less combative on the matter of public spending, repeatedly talking of maintaining the level of government services the public have come to expect.  What we do know is that demographic trends show the ratio of those in work to those not working is becoming dangerously low, so that pensions and health service funding are at particular risk.  Add in existing capital spending commitments, tax incentives for a secondary pension scheme plus other unforeseen public service commitments, and there is a mismatch between expected revenues and the cost of existing (let alone desired) government services.

In such circumstances the main issue on the tax front will be whether to introduce some form of expenditure tax, also known as a consumption or sales tax or VAT.  If that debate occurs, it will be heated.  A tax on land development ought to be another possibility.  Both such taxes are common in similarly wealthy jurisdictions.

On spending, there is a clear clash between the long term need for key infrastructure spending, focusing in particular on setting priorities, and the relentless expansion in expenditure of education, health and welfare.  Decisions are needed on a direct cable link to France, reliable air infrastructure and connectivity, and critical development of the seafront from the Harbour to the Bridge.  In a world of finite resources, this may mean restraint on the inexorable growth of the public sector at least in respect of payroll and intervention.

All this suggests two broad choices, not mutually exclusive: levying new taxes without raising existing ones, and curbing public expectations rather than fostering them.  But it is around such choices that the voices of populism emerge. So expect some candidates to argue for a broadening of the tax base to make the wealthy pay more, and for more entitlement and benefit spending to redress inequality in the island.  Revelatory indicators of Guernsey lifestyles from Islands Global Research earlier this month may offer them further ammunition.

Pity the voters caught up in this ahead of polling day on June 17.  They must not only distinguish their preferred candidates among perhaps 100 candidates, but pray that their choices will yield a dependable majority of the 38 available seats.  That may depend in turn on the emergence of party-like formations, but so far the evidence is not encouraging.  The 2020 Association, one of those already set up for the purpose, has updated its website just three times since July, each post being about arcane aspects of air connectivity.

A number of current assembly members will not be standing, some of them frustrated by the experience of the current term.  A good number of new candidates have already surfaced or admitted they are considering standing. As for those who will be seeking re-election, they are now working hard in the final few months to show some evidence of what they have achieved over the four years.  Some are clearly motivated to form electoral alliances.

Voters should expect plenty of noise over issues such as traffic, paid parking, access to housing, licences for incomers, losses at Aurigny, and perhaps even safeguarding the finance sector and diversifying the economy.  Not all of it will come from candidates or parties – brace yourself for input from business organisations, charities and other lobby groups.  Candidates will be writing short manifestos bundled in an official booklet delivered to all households, and will have limited cash grants for mail-outs or media advertisements.  Voters may have to digest it all, for they are unlikely to see the traditional popular “hustings”.  And their voting slip will show a long list which will take time to fill in correctly.

The loudest noise is likely to come through social media, often in the form of intemperate language and “fake news”.  On Facebook and Twitter, local politics is already a subject of comment but does not yet seem to have a mass following.  This suggests the role of the Guernsey Press (now under new ownership) and the Guernsey units of the BBC and ITV will remain important, especially for new political entrants with a low public profile.  These media outlets will need to grant access and remain neutral.

As important as the poll itself will be the count, where it is quite possible that those candidates on the cusp of winning or losing the 38th seat will do so on the finest of margins.  After that potentially prolonged period comes the jostling and shoving among the winners as appointments are made to various committees. The first assembly session, presided over by a new Bailiff, is due within days of the poll.  Still, with deference to The Who’s Mr Townshend, at least there should be no “fighting in the streets”.