No easy path for tertiary education

Why do we think we should have a university? 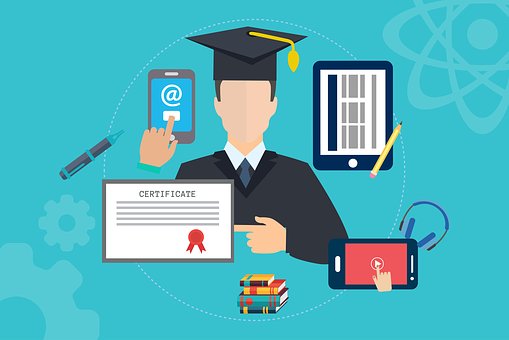 Among the twenty or so long-term investment ideas put before us last year by the Committee for Economic Development, one which caught the eye was for a university in Guernsey.  It was not an especially new idea – it had floated around for many years – but it was widely thought never to have gained traction.

That was until its single most articulate exponent, Deputy Charles Parkinson, won a seat in a by-election to the States assembly in December 2015 and found himself elevated to the entity responsible for public sector businesses and then, later, to the important Economic Development committee.  By that point the idea had not only resurfaced but also started attracting trenchant criticism.

The main lobbyist previously was Susan Jackson, a UK education consultant who had taken the idea to Jersey, where it fell on stony ground, and in 2013 brought it to Guernsey.  The plan was to have a stand-alone university accredited by a Russell Group university from the UK.  It would be a place where local youngsters could study rather than go to the UK and where foreign and UK youngsters could come to the island to pursue their studies.  The UK tie would ensure standards.

The plan was not outlandish in principle.  Back when the Commonwealth was a thriving body, the University of London became involved in similar colleges in a similar way, all in far-away countries.  But here it was controversial, so a local working party was set up to try to bottom out the details.  This pronounced that there were “potentially significant” benefits in having an international university campus on the island.

It now seems that UK universities have shown no willingness to participate in such a scheme, and a clutch of other entities have been approached – from Ontario, South Africa, Australia and Slovenia among others.  Meanwhile, courtesy of a friendly Guernsey Press columnist and a speech to the Chamber of Commerce, more details of Deputy Parkinson’s thinking have surfaced.

The direct benefits of 1,000 students in Guernsey could be £10m a year with an additional £21m of indirect benefits from income taxes and from spending by visiting families, Deputy Parkinson believes.  The new campus would generate construction demand and could be used for public events.  New talent would be generated for local businesses, helping to inspire innovation, and the international recognition would put Guernsey on the world map as a centre of excellence.

The idea is apparently to find multiple partners offering some form of study – the university would be a platform for course delivery.  Things would start with a short-term programme via a summer school or gap-year courses.  Longer-term, Guernsey would be a hub for up to 2,000 students.

The main course possibilities appear to include finance sector-related frontier developments using artificial intelligence and blockchain technology, marine-related environmental studies and the creative arts.  A policy proposal to the States assembly is not likely until later this year, but locations for the institution are already being narrowed down – the former Castel Hospital and the nearby KE VII Hospital sites in particular – and the local construction industry can sense an opportunity in the air.

So what concerns must this idea address for it to move forward?

All this is before one mentions that in Guernsey the quite separate Committee for Education Sport and Culture is mandated by States Resolution to bring together three existing on-island providers of higher education into one institution and to seek accreditation from a UK university as a University College.

This is no small integration project in itself, embracing the College of Further Education, the GTA university centre (formerly the Guernsey Training Agency) and the Institute of Health and Social Care Studies.  It also involves different sites, notably the Grammar School and old St Peter Port school.  In the most recent step forward, the entity’s name has been unveiled (“Guernsey Institute”) and recruitment is under way for a £100,000-per-annum executive principal.

It is not clear whether the two departments have been talking to each other about their separate projects, so if everything came to fruition, our island (population 63,000) might have a free-standing university catering for up to 2,000 international students plus a University College offering undergraduate and postgraduate degrees – all on multiple campuses.

There may be some sort of middle path through all this, but it is not obvious who is going to take us there.  Decisions are required on whether to focus on one institution or more than one, on higher education in the broadest sense or undergraduates (or post-graduates), and on one or two narrow specialties (for example a business school) or multiple specialties.

Even then, the task of securing the resources and teaching staff – not much mentioned so far – will be tricky, and local people will still need reassuring that it will help the economy.  More than one deputy is on record as disliking more incomers to the island.

If we’re talking about a university, one also has to ask whether the timing is right.  UK universities are having to explore a number of options to survive, at least to judge by the number of unconditional offers made to prospective students and the pain of stagnating international student numbers.

Plus, we should not forget the increasing accessibility of online learning.  Ever heard of a MOOC?  That’s a “massive open online course”. The very character of tertiary education is changing, as are the well-marketed attractions of vocational study.  Not only do today’s school-leavers think hard about the value of a university degree, its fees and living costs.  Older people are recognising the need to keep themselves up to date, not just in the skills they have, but with new skills needed in the digital economy so they can continue working through their longer lives.

On this count it is worth noting that, since November, the objective of a university presence has been regarded by Deputy Parkinson’s committee as a medium rather than a high priority.  Perhaps much of the talk from here will be less about institutions and more about learning.