Our civil service: A shake-up from the top, by the top 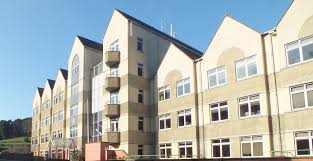 If there’s one thing managers of large organisations struggle with, it is structuring their various activities logically and efficiently.   It is a particular problem for government bureaucracies.

The theory is simple, at least in parliamentary democracies: politicians make decisions for which they are accountable (usually via their parties) to their assemblies; civil servants provide advice and support, operating in departmental hierarchies.  Upshot: politicians come and go, civil servants are effectively permanent.

Here in Guernsey, “the States” describes both the whole political assembly and the civil service.  Once upon a time, practice used to mirror theory: the assembly grouped itself into committees which discharged reasonably well-identified responsibilities, and each committee was supported by civil servants who could interpret the committees’ bidding to the island’s advantage.  To help it all work, they also made the money flow, filled vacant jobs and conducted licencing and permit functions.

Latterly things have become more complicated, just as the wider world has.  The responsibilities of committees have expanded while their number has declined; and the overarching servicing roles have grown – thanks in particular to the need for high-level coordination roles.  Thus, where there was a chief executive and a treasurer at the top, these posts are now supplemented by a chief operations officer, chief technical officer, a chief strategist and so forth.

These are not the only new roles – look at the expansion of personnel to handle external affairs in places like Brussels and London, and in particular to cope with the implications of Brexit.  And consider the consequences of “digitisation”, offering us the transaction of government business and relationships via the internet.

In this evolution, we have hit two problems, both well understood by our senior politicians and by the top civil service chiefs.

The headlines from the chief executive of the civil service were that 200 jobs would go, £8m would be provided in the 2019 budget to cover redundancy costs, and the savings would in due course amount to £10m a year – not insignificant next to annual spending of some £400 million.

The proposal provoked a fiery reaction internally.  Some key political heads of committee had not been properly consulted in advance, and naturally saw their activities threatened by the plans, particularly as they were unveiled at the same time as the important budget proposals for 2019.  Some demanded and received proper consultation; one wrote a concerned letter to the Guernsey Press.  Many noted that the simultaneous budget-setting process had left them feeling uninvolved in that too.

On the receiving end was the island’s senior body, the Policy & Resources Committee, and in particular top politician Deputy Gavin St Pier and his number two, Deputy Lyndon Trott.  The target was no surprise: the £8m price tag meant the proposed changes had to be unveiled alongside the committee’s draft budget.  The committee also had to clear them in advance – reflecting in turn an important political reality in the island: the assembly holds civil servants responsible through their chief executive’s accountability to the Policy & Resources committee, not via the chief officers of individual committees/departments.

How the civil servants felt about the “Open Letter” telling them what was to happen is unknown.  Trade union representatives voiced understandable concerns about the threat to jobs.  Some politicians who feared losing key committee officials complained on their behalf, saying they did not like the way it was handled.

Interestingly there was no graphical “organogram” of what things might look like under the new regime.   Instead there were peculiar labels for the new positions – the tricksiest perhaps being “Strategic Lead for Place Policies”.

According to the Letter, the chief executive of the civil service will in future preside over five functions or services.  Leaving the labels aside, the two most important will be:

Three other individuals will cover (i) policy development, coordination of legislation, government business, and external affairs (ii) financial matters such as treasury functions, income tax, social welfare spending and capital investment, and (iii) HR, IT, operations, procurement and facilities.  The chief executive himself will take on a key overarching role.

Why are these changes necessary?  Deputy St Pier says more savings are required – that after three years of reform the transformation process has become “critical in delivering the savings we must deliver – and which we have committed to our community to deliver.”  The alternative was that funds set aside for the purpose would be depleted before vital health service reforms, education changes and other projects could be implemented.

The judgment of the civil service chief, likewise, is that something must be done: “Historically our civil service structure has reflected political structure… It has become very clear that the constraints of the current structure…are not going to allow us to effectively reach our organisational goals and support the government’s aims… We need to be structured in a way that…removes the silos that still exist.”

The implication seems to be that the politicians have not provided enough of a lead, being split into factions, while key committees are using significant civil service resources to come up with whatever policies their political leaderships want regardless of wider priorities.  Certainly this has been apparent in the Committees of Environment & Infrastructure, Education, Home Affairs and the States Assembly and Constitution committee.

The aim of the civil service reform is apparently to concentrate the best “policy development” resources in a team focused on delivering the high priorities government-wide, not scrambling in the weeds over non-priority “hobby horses.”

Thus, the hitherto-important chief officer posts at the head of individual committees are to go, replaced by “operational leads” and a committee secretary responsible for “day to day business and governance”.  But what is called the “delayering” of the civil service is apparently introducing a new “super-layer” which does not currently exist in the political realm.  One intriguing possibility is that the politicians will be obliged to form a kind of “super-layer” themselves – something which elsewhere might be known as (shhh!) a Cabinet.

It is difficult to say whether the changes will work.  The task is certainly large.  And we are assured that the benefits will be a smaller and less costly civil service.  But there is no information supporting the financial numbers mentioned in the Letter, save to say that the prospective savings could be even larger.

Also, radical as the changes appear to be, they can only be implemented gradually.  They demand changes in practices, especially in relation to IT systems, as well as the redundancy of some of the service’s most expensive employees.  Only by moving in phases can costs be contained and inbuilt resistance to change be overcome.

It has been stated by Deputy Trott that up to 30% of existing civil servants will be retiring or leaving the service in the next couple of years alone, which is a surprising statistic.  Even if reliable, it is no secret that Guernsey’s flat and ageing population will cut perhaps 15% from the working age population over the next 15-20 years.

Against this backdrop, what the head of the civil service appears to have recognised is that, if the costs of the bureaucracy do not shrink by a similar amount, “government administration” will end up robbing productive resources from the island’s taxpayers simply to sustain itself.