Three reasons why you might want to think twice about them… 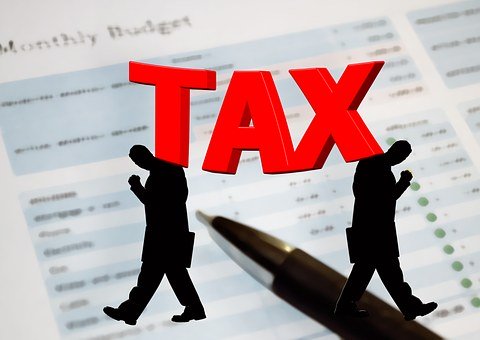 According to the committee, the detailed review which is to be undertaken next represents “an ideal opportunity for high level discussions about how large government revenues should be relative to the size of the economy.”  In fact it is a response to relentlessly expanding infrastructure needs and demographically-driven spending demands.

Although P&R pays obeisance to the island’s traditional preference to balance the budget over the long term, the stark outline of its solutions rather overlooks certain basic cornerstones of successful public policy.  Three aspects of its approach are worth citing in particular.

The focus on tax rises

For some 20 years the States have taken approximately £1 of every £5 of income generated by the island’s resourceful population in a highly competitive world.  P&R seems ready to accept the demands of the various current committees to raise this take to approximately £1 in every £4.

To justify the rises, the committee points to a number of policy initiatives already in development with “very substantial long-term financial consequences” which will be “brought forward for debate without an identified sustainable source of funding”.

Leave aside that the problem of funding this increase is conveniently being left to the new administration to be elected in June.  Disregard too the real danger if Guernsey loses its fiscal competitive advantage over neighbouring Jersey and various other jurisdictions (Italy, Portugal, New Zealand) which offer low tax packages to attract high net worth individuals.

The core problem is that P&R is proposing a sustained increase in the overall tax burden, not just a broadening of the tax base, and knows that growth will be suppressed as a consequence.  Yet growth is the best way that the infrastructure and health needs of the economy can ultimately be paid for.

The future financial pressures facing Guernsey are significantly related to pensions, health and social care, but the notion that they can be solved by raising the overall tax take is a one-sided debate. Islanders need to understand the economic consequences of their expectations regarding this so-called “entitlement spending”.

These expectations tend to be fanned by political leaders whose future depends on being elected.  Those leaders should be spelling out the very personal and predictable impact of demographic change, especially as this can be quantified with a high degree of certainty compared to, say, the more favoured topic of climate change.

To its credit the current administration has begun to address some of these issues, introducing a secondary pension scheme on top of the existing old-age pension and conceiving the so-called “Partnership of Purpose” for health and social care.  However, there has been scarcely any questioning about the level of such support Guernsey’s government can actually afford.

Thus, when the Health & Social Care committee asked KPMG to explore options for a future system of health care, all of which proposed a greater degree of integration, the committee adopted one of three models without evident debate.  It simply rejected two options which suggested a greater degree of autonomy from government, on the basis that the States would not be prepared to accept the autonomy or organisational upheaval.

Another small island state, Singapore, which has the same tax take of 21% of GDP, has had similar issues with demography, but the long-term objective of its government budgetary policy is rather different.  It focuses public expenditure on delivering essential public goods and services within the overall aims of non-inflationary economic growth and a balanced budget. The fundamental tenet of its tax policy is to keep rates competitive for both individuals and corporations to attract investment and encourage entrepreneurship.

Accounting for the future

The assumption that a number of un-funded proposed States initiatives must go ahead is one thing.  But in order to control the volatility of the inevitable deficit on the General Reserve accounts, P&R is proposing two changes.

The first is a change in the criteria limiting the annual net deficit from a percentage based on Gross Domestic Product to one based on revenue raised from general taxation.  It is thereby suggesting criteria based on how much juice is squeezed from an orange rather than the size and ability of the fruit to provide the juice. The two are of course related but, as recognised in other jurisdictions, the metric is arguably better determined by the long-term ability of the economy to sustain a deficit (GDP being an imperfect but the best available measure) than from the revenue derived from it.

The second is somewhat technical.  As part of our adoption of international public sector accounting standards, future States accounts will not write off capital expenditure immediately, as in the past, but depreciate it over the economic life of the asset.  Depreciation is simply a non-cash accounting item which recognises that assets are consumed gradually rather than immediately.

That is fine. The key point, however, is that depreciation does not set aside the funds for the replacement of an asset or the repayment of debt at the end of an asset’s economic life.

While P&R rightly recognises that an operating surplus must be achieved in order to replenish reserves for expenditure in its medium term plan, the States accounts should include a specific annual appropriation to reserves, on top of depreciation, based on a long-term assessment of infrastructure needs. The aim should be to identify well in advance a home which needs funding, rather than scrabbling round each year with funds looking for a home.  Such expenditure, moreover, should aim to be counter-cyclical, not simply incurred when surpluses arise.

These technicalities aside, capital expenditure will always remain essential: it is the island’s infrastructure which facilitates private sector investment in the island, and it is private investment which generates the wealth which will pay for the services of an ageing population.