The Budget for 2020 defers difficult decisions into early next year – and with an election to come, possibly longer 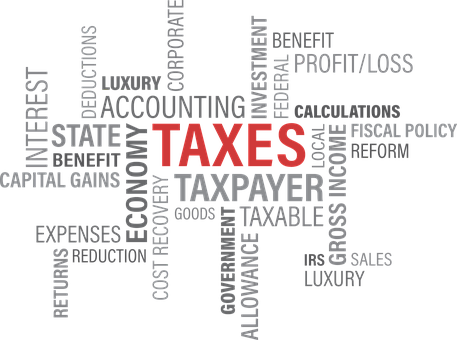 Good things never last, bad ones can seem to go on forever.  So it is with Guernsey’s politics, including when it comes to the management of the island’s finances.

We have just been presented with a Budget for 2020, and it is to be debated by our Assembly next month.  Amid all the useful detail – of which we have plenty, courtesy of our civil service – two particular themes dominate.

First, the mounting losses of the States-owned airline Aurigny – rising from £3.7m in 2018 to a forecast £7.6m this year and a projection next year of £9.6m.  The top Policy & Resources Committee admits a coordination failure over air route policy and wants to “develop a coherent government framework” through a review by all those involved.  Why wait, many might wonder: the trend has been both evident and predictable, suggesting a lack of backbone in tolerating it – unless next year’s figure is a “kitchen sink” number which won’t be allowed to materialise.

The second is the fact that new and controversial forms of taxation are being sought because, despite much ballyhooed efforts, total public spending is not under control, even as the burden on taxpayers continues to grow.  This too is a subject set for future discussion.  For an ostensibly sensible leadership with a purportedly disciplined approach to the island’s finances over two assembly terms, it likewise speaks of a lack of initiative in not acting sooner.

Together, both features suggest we have a budget-which-is-not-quite-a-budget.  Deputies are clamouring to raise these two matters when they discuss the document, but they may not get very far given P&R’s deferral plans.  More’s the pity, because it seems like a can is being kicked down the road.  That said, there are plenty of meaty specifics to dive into on both the spending and taxation fronts.

In the spending realm, perhaps the most interesting are:

In the taxation area, the most controversial aspects are:

The following features are also of note:

As if all this isn’t enough, this must be one of the few governments which doesn’t put its budget into a broader macro-economic context – meaning the size of the economy, the likelihood of it growing, and the prospects for inflation and employment, but also the vital capital spending required on infrastructure over the next decade or two to keep the island functioning properly.

Our leaders love to talk about taxation being 21% of GDP vs 26% in Jersey and 38% in the UK, spending being 26% and the permissible budget deficit being 3%.  The fact is, we have only recently identified an acceptable measure for GDP, we take too long to publish the figure, and have only recently advertised for an official statistician to help compute it.  In any case it is not a reliable figure for a service-based export-oriented economy like Guernsey, and it is no surprise that a 21%-level doesn’t go as far as most modern politicians want.

It is often said that the island is in a budgetary fix – and especially in the Aurigny quagmire – because of its system of government.  Some fondly hope that island wide voting in the election next year will promote more decisive actions because politicians will have a wider electoral base.

The logic in such arguments is not self-evident.  Yes, the current system of government, which acquired its latest incarnation only in 2016, does not encourage decisive executive action.  But in a jurisdiction the size of Guernsey, it is less the structure that matters than the deputies themselves.

What does it take for, say, five dominant personalities to win majority support in a 40-member assembly for a course of action, particularly if they occupy key committee positions and enjoy considerable powers of persuasion?  The answer is: not a lot, provided they agree among themselves in the first place.  At the very least this means finding common ground on the basis of the best available advice in the island, perhaps containing their personal ambitions in the process.

This currently does not seem to happen.  Worse, if it doesn’t happen between now and next June’s election, the problems identified in the budget document will not be remedied early next year.  In that case, they will probably be passed on to the next assembly.