The hard choices we face post-lockdown

How might we combat the economic costs of the virus? 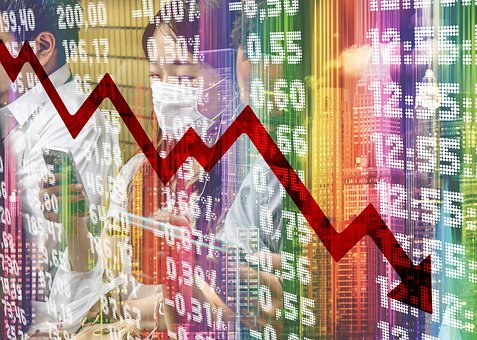 Even before the deadly Sars-CoV-2 virus reached Guernsey’s shores, it had visibly revealed the costly economic devastation it could cause.  Economists spoke professorially of “supply side” impacts, meaning the effect of widespread sickness, closed factories, abandoned construction, shuttered shops and disrupted transport.  At the same time they pointed to “demand side” shocks, meaning extensive job losses, slashed incomes, discarded spending plans and devalued investments.

You don’t need to be a genius to see that our own virus counter-measures – the so-called “lockdown” – have likewise undercut our economy.  Imagine you are a building contractor, or a restaurant or shop owner.  Suddenly you are told to stop your business.  Revenue from your customers halts.  You have (maybe) a month of cash reserves.  Your hired helpers, your trusted suppliers, your banker and your landlord all face loss of payment.  You will soon be in danger of running a business on the brink of insolvency.

Thus far in Guernsey, saving lives has rightly taken precedence over saving livelihoods.  But what is the economic cost?  Elsewhere we hear estimates for the collapse in gross domestic product (GDP), a measure of a country’s annual output.  But we should be careful trying to do the same here.  Not only are our figures less reliable (the statistical series had to be revised to counter its flaws), but we only ever see an annual figure months too late.

So beware forecasts of actual contraction of 10%, 20% and more.  Far better to look for hard figures covering specific activities in the real economy – employment vacancies, unemployment claims, retail sales, construction activity, house transactions and so forth.  Such data points will probably show our economy operating far below capacity and that well over half the labour force has suffered income falls or, worse, job losses.

The more interesting question is whether the island can “bounce back”.  Here the hard truth is that the double whammy of supply-side and demand-side effects carries a nasty kick.  Each extra week of lockdown means additional economic weakness, and the restart following release of the “pause” button will be neither easy nor straightforward.

Yes, you would expect dentists, garden centres, hairdressers, eating places, coffee shops, pubs, decorators, electricians, plumbers and the like to resume business promptly, and perhaps even enjoy a surge of business – subject to one important proviso: that they haven’t gone out of business or shut capacity in the interim.

Before jumping for joy, though, remember that in many of these cases the lost “output” or sales cannot be made up.  Nor can the lost income.  They have gone forever, the losses offset only potentially in cases where “vouchers’ issued to their customers are eventually redeemed or the government has provided much-needed help.

On the other hand some businesses have scarcely lost out at all: the supermarkets, manufacturers of virus-relevant products (Intersurgical and its ventilators), and businesses with online fallbacks (banks, fund administrators, accounting firms).   In between lie institutions like the schools, which ought to pick up where they left off, though at incalculable cost to the students, and businesses like the airline Aurigny, now utterly dependent on States money.

What can be done to promote a recovery?  The issues are problematic, but at least understandable.  The most serious is rarely discussed: the fact that Guernsey has no central bank.  This means we have no monetary policy other than the one set by the UK.  That rules out the kind of monetary injections undertaken elsewhere to provide credit and liquidity to local businesses and individuals.  Here, it is our banks – none locally-owned – who will decide whether to loosen lending conditions.

A second marginally less serious issue concerns Guernsey’s fiscal policy – the government’s key weapon in growth and inflation control.  Over recent decades Guernsey has acquired and traded on a hard-won reputation for prudent management of its public finances, including a balanced budget, low taxes and minimal borrowing.

Latterly this has looked increasingly difficult to sustain, not least because key infrastructural projects are crying out to be funded.  These include the island’s sea defences, essential harbour maintenance, new fuel-ship delivery facilities, a possible runway extension, an additional electricity cable direct to France, capital spending on secondary schools, hospital renovation, IT developments for emergency services, and a replacement dairy.  The figures stretch towards £1bn, a figure that is very difficult to fund.

At the same time, the government’s recurrent spending is now set to increase unexpectedly because of measures taken to counter the economic impact of the virus. Thus far help has mainly been given through company payrolls and unemployment benefits along with some tax deferrals and guarantees.  The cost is already running into tens of millions of pounds, and will grow further following further review.  How fairly these measures are being deployed is unclear: those taking the brunt of the pain appear to be in the private sector rather than in the civil service, one of the island’s largest employers.

The dilemma for the government now is whether to take fright and apply a band-aid to the public finances, or take a deep breath and launch a programme of public spending which kick-starts otherwise dormant economic activity.  The first involves a period of austerity, and would include a trimming of the bureaucracy.  The second deepens the hole already blown in the public finances, potentially for years.

To fund this, the government has two options, both sensitive: taxation and borrowing.  The possibility of higher taxation is especially ironic, because the States assembly was persuaded to agree only a few months ago to a review of taxation options to cover the island’s higher projected spending requirements.

These options include a different range of income tax tiers and a general sales tax or VAT.  Now we could see both, and more.  This will worry higher income earners –  “those who are best able to afford it” in the government’s pat phrase.  It would also mark a significant break with the past.

Any tax debate will focus on the size of the government’s projected take as a percentage of GDP, where the identified benchmark is 24% of GDP (currently 21%), and on the size of any resulting budget deficit as a percentage of GDP, for which internationally the generally accepted limit is 3%.  Both figures offer the States plenty of room to spend more – though popular consent may be a problem, and someone should make sure the GDP figure used is a reliable one.

As for the borrowing option, back in 2015 the government issued a £330m 30-year bond for which it was widely criticized – partly because of the terms and partly because not enough of the proceeds have gone towards income-earning projects.  The rest has been invested alongside the States reserves, where they were at least earning a decent return until the shocked market reaction to the emergence of the virus.

The more important point is that, by international standards, Guernsey is significantly underborrowed.  If more is sought, the eyes of potential institutional investors and the international rating agencies will be on the overall scale as a percentage of GDP.  But there is room to borrow more, even if it does mean another shibboleth of island finances will be compromised.

Whether considering taxation, spending or borrowing, Guernsey needs the services of a top-level economist to disentangle the numbers.  We don’t have one.  Perhaps the States should also enlist the best and brightest from the commercial world in a collective effort to make the right decisions and reverse the contraction – to do “whatever it takes”.  Otherwise we shall head towards an election, and Brexit, facing a near-permanent loss of output, corporate earnings, income and wealth, not to mention incalculable social and health costs (and lives) associated with the poverty of economic depression.

Whatever policy decisions are taken, we will surely struggle to recover as rapidly as we fell.  So if a quick revival (a V-shape) is unlikely, a sequence of spurts and setbacks (a W) is more plausible, while a lengthy spell in the pit (a U) would require us to change the way we live and behave.  The most pessimistic outlook (an L) defies our collective human spirit of survival.

If we are to enter a “New Normal,” what might it look like in economic terms?  Provided the world of online activity keeps functioning and growing, it should mean more working from home, less commuting, less business travel, less holiday travel abroad and less pollution.  It should entail more online meetings, conferences, gaming and dating, fewer physical visits to the doctor and better self-management of our health, fitness and wellbeing.  And if all that is not enough, we may see less inequality too – provided we start to value those whom (courtesy of the virus) we now realise we depend upon.  The price?  Fewer handshakes, hugs and hootenannies.