The quandary over our sea links

Some say they are strategically more important than our air links. But the only provider is for sale 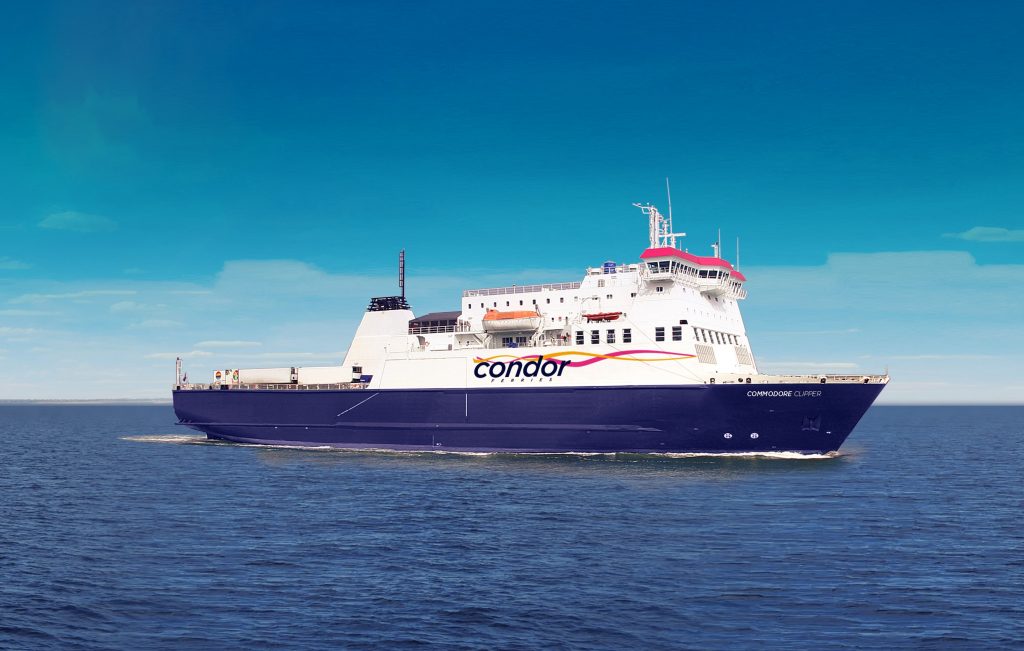 How concerned should we be about our sea links?  To hear our political leaders, it is an existential issue, more important than any threat to our air links from not lengthening our runway.

If you doubt this, note that when the States committed £400,000 to study the matter – this on top of a study by PwC – it was suggested that a Guernsey-owned, Guernsey-only ferry should be investigated as a contingency given that the island would otherwise be vulnerable and exposed.

Lying behind all this is the fact that the owners of Condor Ferries, the islands’ present service provider, are looking to sell the company.  Under scrutiny is the whole question of how freight and passengers should get to and from the island – mostly in relation to the UK but also Jersey and France.

To judge by the chatter, the options – apart from a start-up States-owned Guernsey-only ferry company – include the States buying all or part of Condor and working with any new buyer. The view of PwC is not known because its report remains unpublished, and nothing has been said publicly about doing something along with Jersey.

In one guise or another Condor Ferries has had a prominent 70-year role in the Channel Island ferry business. As Commodore Shipping its owners, the Norman family, eventually sold out to corporate investors, whereupon it was acquired by the bank RBS which, in 1990, sold it to the Australian investment vehicle Macquarie Europe Infrastructure Fund 2 for a reported £260m.

People may one day look back to the 1990s as the zenith for the island’s sea links. High-speed catamarans were taking passengers and cars to and from Poole, Weymouth, Jersey and St Malo. More importantly, Condor’s freight services grew too, helped by the strong growth in the economy, especially the finance sector. The only factor hurting Condor seemed to be unpredictable weather in the form of unnavigable stormy seas.

As so often with these things, virtuous trends don’t last. Cheap air travel came into its own, making the Channel Islands, and especially Guernsey, look more costly and a less attractive destination. The economy was then bashed by the global financial crisis in 2007-8.  Growth in freight volumes peaked, and the local tourist industry started drawing in its horns as hotels suffered from fewer holidaymakers and underdeveloped attractions.

For Condor, it soon became apparent that its five-ship fleet was no longer sustainable. Solving this problem was complicated.  Customers had grown used to the sailing frequency on offer, which meant dropping fast services was impossible – people do not want to spend seven hours travelling if there is a quicker alternative.

More importantly, a move to a four-ship fleet entailed a two-year lead-time to order a modern replacement vessel – no small matter at £50m a time.  The only vessel available from the two main manufacturers was one from Austal which was built but uncustomised.

Fatefully, the ship – the Liberation – was put into service too hastily just before summer demand emerged.  Passengers disliked the very different ‘feel’ from the previous high-speed vessels, especially in the kind of swells seen in Channel waters. Being bigger than the two vessels it replaced, it also posed a handling problem in the harbours, suffering a jolt inside Guernsey harbour in the first few days.

On top of this it had three engines, one less than the four-engined cats it replaced, so the loss of any one undermined schedules.  What looked like teething problems took time to resolve, and the Macquarie owners took a public pasting for apparently foisting the ship on Guernsey.  Critics complained about scheduling, pricing and the cuts in services, and they hated its monopoly.

Much of this disaffection persists, and the company has had to go to a lot of trouble to claw back the loss of customer support, not least complying with fresh agreements drawn up with Jersey and Guernsey to address service and performance weaknesses.

We have meanwhile learned more about the business itself.  On the company’s market position, for example, Condor is less a monopoly than a single operator in a small and imperfect market.  And that market is more segmented than it seems.  The freight service via Portsmouth is by far the most important to the company, and subsidises both the UK passenger-and-car business, which now operates mainly from Poole but also Portsmouth on the slower Clipper, and the French counterpart to St Malo.

Likewise, the Guernsey passenger-and-car market is different to the Jersey equivalent – it is significantly smaller, yet because the vessels stop twice in Guernsey on their sweeping routes, it is much better served.  Different distances mean the UK day-tripper market is busier for Guernsey than Jersey while the French day-tripper market is busier for Jersey.  One notable oddity here is that budget constraints mean Visit Guernsey, unlike its Jersey counterpart, does not market itself to France – odd because Condor originally started as a service to France.

Still, as is now evident, the more important fact is that any change in the current arrangements has become a political matter. This has grown more obvious since the Macquarie fund confirmed it would wind up next year and sell Condor as one of its last investments. Here too fresh information is coming to light.

Apparently a sale was agreed in principle last year, but the prospective buyer was a newly-formed infrastructure fund which, in the event, did not press ahead with an initial fund-raising. Macquarie have now appointed N M Rothschild as adviser on a possible deal, and it has been reported that they are looking for a sum of around £300m.  Without detailed accounts, it is hard to know whether this is a realistic valuation.

One issue for any buyer is that the two islands’ agreements with Condor are different. Jersey has a full-fledged legally enforceable operations contract, Guernsey a memorandum of understanding.  This MoU, effectively a public service obligation, was to have been turned into legislation, but five years after it was agreed, nothing has happened. Condor says it operates the three-way agreement equally, but both parties are on a weaker footing than is the case with Jersey.

Importantly, though, both agreements are said to provide for any change of control of the company, requiring that no change in operations and services can occur without the agreement of all parties. This suggests that any buyer will be obliged in the first instance to continue existing services – a point which makes one wonder about the apparent scaremongering over the issue.

The idea of the States of Guernsey starting up its own ferry company from scratch seems bold, if not rash.  It would scarcely be more plausible if the States were to step in as Condor’s buyer or participate in a management buy-out, contracting out the company’s operations.  Such scenarios would involve using more of the cash proceeds of the £330m bond issue in 2014, and there are worthier priorities for these funds over the coming years.

In any case the States would appear to lack the know-how and resources to operate a ferry company on its own, and certainly a profitable one without sharing passenger and freight volumes with Jersey.  The same would likely be true of Jersey on its own. As for whether the two might cooperate, history suggests otherwise.

For potential commercial buyers, others considerations are relevant. One often overlooked issue concerns competition.  As long as St Peter Port’s harbour is restricted to taking vessels no longer than 130 metres, other players with their larger vessels cannot compete without buying appropriately-sized vessels.  But these are few and far between, and the capacity of the harbour itself is now a live issue currently under review. For any non-States Condor purchaser, that points to a competition problem further down the line.  A further complication is that the 2014 understanding is due to expire in 2025.  It includes a seven-year point in 2021 at which a wind-down process begins unless the arrangements are renewed.

Anyone else interested therefore faces some complicated calculations. Expressions of interest are said to have come from at least three other ferry companies – P&O is mentioned, as is Brittany Ferries and the Danish ferry company DFDS.  One recent French newspaper report said Brittany’s interest is purely to prevent access by the expanding Danish company to Condor’s Channel ports.  Presumably another infrastructure fund might also consider such an acquisition.

At one level, who actually owns the business scarcely matters. What matters is whether it is a sustainable going concern.  It is then more a question of price (willing buyer/willing seller) than value (what is it worth?).  But from a customer perspective, a trade sale to a bigger company seems more likely to bring the additional investment required for a still-better service.  As for Guernsey and Jersey taxpayers, they may prefer a new owner to materialise before the States spends £400,000 deciding whether to become a ferry operator, and certainly before any subsidies of the kind seen at Aurigny or the bus service.