Time, surely, for us to look the other way 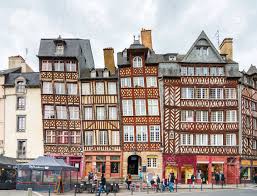 They say history, culture and language make us islanders constantly look North.  But a new reason has emerged in the past year or more: we can’t fly South.

Do you recall those days when our airline Aurigny would fly a little Trislander regularly to Dinard?  You could slip away for a weekend, consume French food and wine in a different milieu, tour historic sites in Normandy and Brittany, stay at chateaux or campsites, play some golf or surf.

For reasons which remain unexplained, Aurigny stopped the flights.  Not enough demand, perhaps?  Well, they shouldn’t have started running fewer flights at inconvenient times.  And did we as an island promote Guernsey to the French?  Rhetorical question.

Now it has emerged that Aurigny has asked for permission to fly to Rennes.  It has received no answer from the Committee for Economic Development which determines these things.  The committee says it can’t find an operator.  But representatives of the TransManche Development Group, an initiative of the Franco-British Chamber of Commerce, visited Guernsey recently and endorsed the proposal.

If you stop and think about it, it is a good idea.  The number of visitors to the Island from France during the summer high season (third quarter) totalled 15,838 this year, almost double the same period the previous year and in sharp contrast to the decline seen in the number of UK nationals.  In recent years around 7%-9% of the typical annual total of visitors (275,000-285,000) have come from France, a proportion similar to the number from neighbouring Jersey.  Jersey does better, but we now have Victor Hugo’s house, kindly renovated at French government expense, and it is attracting increased numbers.

Would we islanders use a direct flight to Rennes?  It would be surprising if we didn’t.  It is a short flight of perhaps 45 minutes.  It has a small, modern airport, more akin to London City or Southampton than Gatwick.  It re-introduces a novelty destination.  And it is easy to use, offering more connections elsewhere than most people realise, without terminal transfers, long walks or – importantly – congestion.

This, then, is a city which has grown enormously around its outskirts, as anyone motoring along the rocade around Rennes will have noticed.  Banks, professional services firms, digital services businesses, hotels and restaurants point to an expanding and well-served conurbation constituting one of the ten largest cities in France with reportedly the third largest city economy.

Rennes may therefore present some unexpected business opportunities for Guernsey if accessibility in both directions improves.  Apart from that, it is a great jumping off point for a clutch of amenities – including impressive golf courses once so happily used by Guernsey players.  Simple to conclude, then, that an airlink to Rennes would make sense.  But while this won’t be news to islanders who still visit France, past experience means considerable planning is required.

Some important issues will demand attention if this idea is to go any further:

All in all, you would think that, between the TransManche Development Group and officials in both Guernsey and Brittany, it ought to be possible to develop a closer and a mutually profitable connection between Guernsey and its southern neighbour.  Done thoughtfully, passenger numbers from Guernsey ought to climb back easily to those seen in the days of the Trislanders and Shorts 360s.  Done determinedly, the aircraft should be full in the other direction too.