What we find hard: making choices

The secondary education misfortune repeats our most frustrating quality 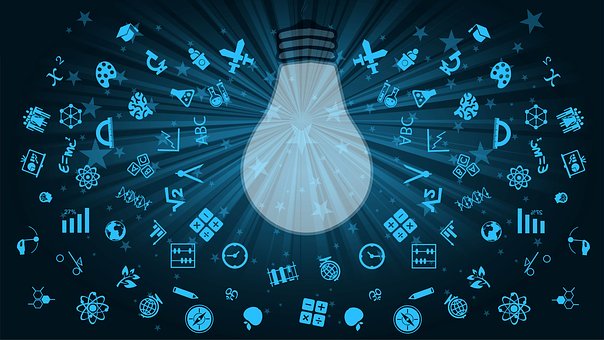 After years of disputatious wrangling, the rising fever of emotion over Guernsey’s secondary education plans looks like peaking later this month when the States assembly decides whether to “pause and review” the plans or to press ahead.  It is a pivotal moment.

How things reached this point is a story equivalent to the Brexit saga in the UK, in that the issue has produced a divided island population and a split States assembly.  The schisms are numerous:

With an election due in June, the dispute illustrates the assembly’s difficulty finalising long-term choices within a four-year term – in particular the way a pre-occupation with “process” stymies actual decisions, how opportunities abound for politicians to return to decisions already made, and the manner in which risk-aversion grips everyone as elections approach.

Islanders saw something similar in an earlier fraught debate over waste management.  They are now seeing a repeat over the far more important issue of how their children might best be educated to secure the jurisdiction’s future.

The position is best viewed through two separate but related lenses: secondary education itself, and the rampant politics behind it.

In Guernsey, there is a virtually unspoken proposition – apparently because it is too sensitive to discuss – that the island’s state-run secondary schools perform in line with the UK average.  The wrong-headed assumption is that such outcomes are good enough.  But in an island with per-capita incomes as high as Guernsey’s, they aren’t.  If anything, our kids are being let down.

The evidence from the UK, our closest comparator, suggests that the model which offers the best life-chances is an 11-18 school (that is, including a sixth form) with 1200+ pupils, with delegated authority through a board of governors to run its own affairs, and with motivated teachers operating productively at all levels.

Now look at the number of pupils moving through our state school system on the assumption of low-or-no GDP growth and a falling population.  It is evident that over the next ten years or so the number of kids is too large for just one 11-18 school and too small for three.  This is a judgment reinforced by the small-island economics of running our schools, where staff costs are far higher than in the UK.

If all this is correct, it should be no surprise that the model being put before the island is for two schools, or in a local variation “one school, two sites”.  But that is not to account for the politics of this debate.

The 2012-2016 States assembly saw a running argument over selection at 11.  It was overshadowed by a battle over whether to rebuild the dilapidating La Mare de Carteret primary and secondary school complex, which would have meant maintaining the then-total of four state high schools.

With school numbers forecast to fall, it became obvious after the election for the 2016-2020 assembly that there was no case for a fourth school.  The newly-elected Education committee meanwhile turned out to favour continued selection.  It therefore argued for three 11-16 schools, this to include the selection-based grammar school with its attached sixth form college.  When it came to a vote, however, they were defeated and dislodged from their positions.

This paved the way for a fresh committee – the current one – which decided, after much deliberation and a bit of extra money to examine the possibility, that the two newest high schools should each be expanded physically in area and in numbers of students – to as many as 1,400 each – while the well-established grammar school (institution and building) would be abandoned altogether.

The committee duly won assembly support twice, first of all for the two-school model and then for the £157m capital spend, of which £70m was for the high schools themselves and the remainder for rebuilding La Mare de Carteret primary and for developing a separate tertiary establishment called the Guernsey Institute.

In the past few weeks, however, as the actual building and expansion plans for the two schools have emerged, the politics has become louder.  Parents have complained about the difficulties getting their kids to and from lessons.  Teachers dislike potentially more confined teaching areas.  Deputies, some still pro-selection, want the business case for the committee’s proposals elaborating further.

When, therefore, the “pause and review” resolution surfaced, it was effectively arguing for postponement of the project until the June election brings a new assembly for 2020-2024.  Notwithstanding the promoters’ careful language about their motives, they offered no alternative to the one previously passed by the assembly.  Reinforcing their cause, however, were some 2,000 or more protesters who turned out to march in support in cold drizzle on a Sunday afternoon.

The Education committee and those implementing the plans are standing firm and continuing their publicity campaign to explain why and how they would work.  Some have suggested that the committee head, Deputy Matt Fallaize, should stand down, pointing at the same time to the still-unexplained loss some months ago of his committee’s chief civil servant in a controversy over senior education appointments.

The most likely course of events from here will see one or more amendments put forward to counter the “pause and review” resolution.  One option might be to entertain consideration of a third 11-18 school, but this would complicate an already complex situation.  Do we then need three sixth forms? Or do we really mean three 11-16 schools with one sixth form?  And would that be the current sixth form centre attached to a now-no-longer-defunct grammar school?  Or do we revive La Mare de Carteret secondary instead?

For the island’s top Policy & Resources (P&R) Committee, all this speculation is problematic on several fronts – because of the additional costs of an already-expensive education system, because of the persistent uncertainty for parents, children and teachers, and because the repurposing of the two chosen schools would not be completed in time for the September 2021 cohort of first-year students.

That makes the issue electorally sensitive for everyone.  Debate on the resolution will be a little like a second Brexit referendum might have looked in the UK – those in favour of the resolution will say they never realised what a vote against selection would entail.  If it passes, the island effectively moves back to square one, almost certainly with selection back on the agenda.  If the resolution fails, the opposition to the plans which has built up will still be noisy.

Somewhat lost in the argument is the possibility that the island’s independent colleges – Elizabeth College, Ladies College and Blanchelande College – might now be dragged from the sidelines into the fray.  They are already facing challenges, like the withdrawal of the old state-funded subsidy and scholarship system, which allowed talented individuals without the means to pay for a private education to have one.  But they do operate sixth forms, so fresh options may well be canvassed.

Plainly there are no easy solutions – just a clear need for all relevant brains, especially political ones, to construct a deliverable solution for the island’s children.  Ahead of the debate, the hope is that enough concentrated breathing space has been created to do just that.