Where power is not necessarily happiness

Guernsey Electricity might be more enchanted if events were less haphazard 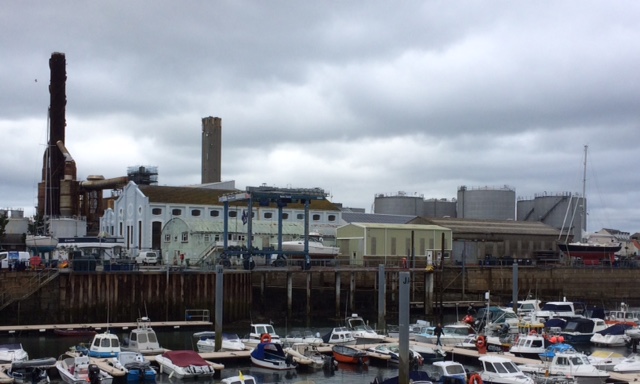 Lightning doesn’t usually strike the same spot twice, but try telling the customers of Guernsey Electricity (GE) that.  Two shocks have hit them in short order: a rise in general tariffs, and additional levies to help pay for some unexpected but critical capital spending.

The problems GE has been forced to confront are easily described.  The lesser one is its awkward position as a monopoly power supplier.  The larger one is the threat of an island-wide power black-out.

Back in October, the cable connection between Guernsey and Jersey, known as GJ1, failed under a Jersey beach.  In an extraordinary emergency recovery, the state-owned utility’s domestic turbines were cranked back into action within minutes.

Then, shortly after the cable was repaired, GE in January found a submarine fault which needed further investigation.  This revealed enough potential weaknesses to warrant the cable being replaced altogether, years earlier than envisaged and at a cost of £30m.

In an unfortunate coincidence, it was almost simultaneously revealed that GE was seeking higher electricity prices of up some 6.8% for its customers because its tariff structure, unchanged since 2012, had been overtaken by unavoidable higher costs and a decline in profitability.

It is these increases, plus additional tariff increases equivalent to 2.7% to help repay borrowings for the replacement cable, which have now been confirmed.  GE’s customers will no doubt be irritated, but so is GE, for these two episodes stand in stark contrast to the 25-year-plus horizon which informs GE’s thinking.  Scarcely any other Guernsey body, corporate or otherwise, thinks in such long time-frames.

The fact that GE is a state-owned monopoly helps it do so.  But GE must deal with multiple States entities and with the Channel Islands Competition and Regulatory Authority (Cicra).  That has entailed not only a detailed review of its electricity pricing regime but also, looking much further out, a thorough examination of the island’s energy policy as a whole.

It is against this backdrop that the problem of the cable connections with France should be understood. Each time a power disruption occurs, a fall-back plan kicks in to keep the lights on: domestically-generated power from imported fuel oil.  No one can doubt the need for such a fall-back, but it begs two immediate questions:

What of the shorter-term challenges in managing the island’s electricity supply? GE runs a 24/7 operation with routine and unexpected peaks and troughs, plus a near-constant need to upgrade the ageing domestic grid itself, with all the annoying disruption to road traffic and, occasionally, to local power connections.

Here the ownership and governance of GE is highly relevant. States control is exercised through the States Trading Supervisory Board and, above that, the Committee for Environment & Infrastructure.  To see how the line between operations and policy works in practice, one need only look at the key business decisions which have been made over prices, investment and dividends.

(i) On prices, GE over recent years failed to secure from Cicra rises in line with inflation, and made no adjustment to the structure of tariffs.  A review had become pressing because many households and businesses (GE itself included) had started to find it attractive to install solar panels.  These deliver electricity to the owner, who can feed back any surplus and be recompensed for it.  One consequence was an intensifying focus on the actual “feed-in” tariff, and the appropriate tariff for retaining access to the main grid in the event of disruption to the panels’ operation.

(ii) On investment, a long-term programme involving alternative energy sources has been under consideration.  The most talked-about project is a large-scale wind farm off the north of the island.  GE itself provoked further interest when it unilaterally installed a large solar array atop its buildings to deliver energy at a cost which competes with the power coming from France.  Also on the agenda: the technological developments in energy storage.  All this under an umbrella of higher cable capacity means our power supplies could become less “radial” (from a central power station) and more “distributive,” and with an impressively low carbon intensity.  No surprise, then, that future energy policy is important.

(iii) Given that investment costs run to eye-watering millions, these matters beg questions about the third issue, namely dividend policy.  The States has hitherto been divided on whether to have more dividends paid upwards to help its budget, or higher retentions to ensure re-investment and GE’s sustainable profitability. The cable saga has now settled it, at least for the moment: GE will face a financial loss of £5m this financial year, which means no dividend for the States and any surpluses must be for reinvestment or to reduce the impact on customers.

One irony in all this is that GE’s Jersey counterpart, Jersey Electricity, has almost none of these problems.  It is privately-owned, which gives it some advantages as a company managing its own affairs.  Also ironic is that in the telecoms sector, Jersey has a state-owned utility, whereas in Guernsey there is wider competition – the precise opposite of the position in electricity generation.

Guernsey is not about to sell off GE.  For one thing that might be difficult politically.  For another it is regarded as a strategic asset, rather like Aurigny’s landing slots at Gatwick.  In any case, it is intended to operate on a “commercialised” basis.  But given electricity’s critical importance in the internet age, you might think that debate locally would be more lively on matters like the “internet of things,” decarbonisation and electric cars.  Perhaps price tariffs and cable investment are controversial enough.