Why our beloved airline is less loved than ever 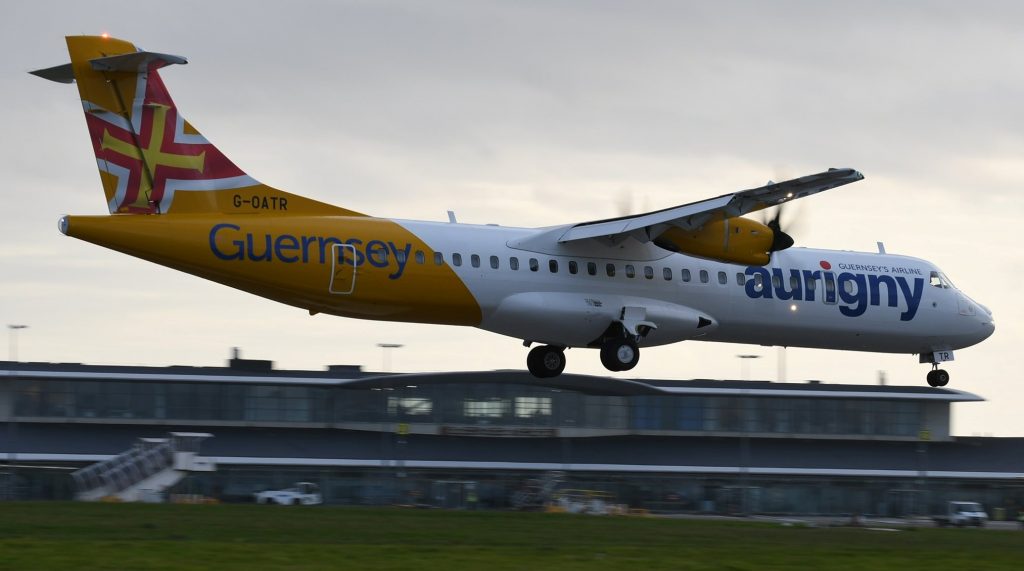 Better late than never, a review of Guernsey’s loss-making States-owned airline Aurigny has been published which, according to the way you read it, shows the enterprise is operationally efficient in those areas over which it has control but exposed to long-term structural business and political impediments which are proving highly costly to the taxpayer.

The “efficiency and benchmarking review” was decided upon as far back as 2015 and conducted by Nyras, an independent specialist consultancy firm.  How helpful the “benchmarking” side of the analysis is is debatable, given Aurigny’s unique role in the island’s air connectivity and the wider problems it faces.  But the airline’s management will claim confirmation that they, at least, are doing the best they can.

The shocking scale of the airline’s losses was revealed recently when the top Policy & Resources Committee (P&R) unveiled its Budget plan for 2020.  This projected that they would be around £9.6m, more than 25% higher than the forecast for this year, which is itself more than double the previous year.

The island’s senior politician, Deputy Gavin St Pier, admitted that the public was now seeing the financial consequences of a disjointed approach to the island’s air links.  Guernsey had benefited in some ways with more destinations to fly to, he said, including a daily Heathrow service.  But a lack of coordination had resulted in significant losses which the taxpayer had to cover.  “This is not sustainable and we need to bring together all areas of government with responsibility for various aspects of our air links strategy so we are working as one,” he declared.

An obvious jumping-off point in assessing this statement is the extraordinary structure of accountability for the airline.  Aurigny has its own board, with non-executive directors and an independent non-executive chairman.  But it can scarcely move without having to tell those above it.  This reporting line is to the States Trading Supervisory Board (STSB), which is the airline’s only shareholder and whose head, Deputy Peter Ferbrache, is answerable politically to the States.

STSB’s oversight aims to ensure that the airline’s strategy is compatible with wider States policies and in islanders’ long-term interests.  You might think it would help if the chairman of the board was Deputy Ferbrache, given that he is supposed to vouch for it in the Assembly.  But no.  An inordinate amount of time is spent by the senior management of Aurigny preparing material for its board and for STSB.  STSB’s people in turn digest the material, commission more and discuss it with Aurigny.

Nor is that all.  The separate Committee for Economic Development (CfED), headed by Deputy Charles Parkinson, controls air route policy and licencing.  This committee unveiled earlier this year a new “quasi-Open Skies policy” which reserved the Guernsey-Gatwick route for Aurigny, on which the airline made most of its profits, but opened up other routes to anyone who wished to fly them without any need for a licence.

This perplexing decision, at least in the form it was finally published, came as a bolt out of the blue.  Apparently it was originally thought that other routes – for example Manchester – might also be the preserve of Aurigny.  But the final decision unleashed an explosion of competition which has indisputably benefited the consumer but left a deepening hole in Aurigny’s finances and in those of its local competitor, the privately-owned Blue Islands.

Here the immediate market context demands understanding.  Late in 2018 the UK airline FlyBE, which served Guernsey with a number of UK routes, was bust and Blue Islands, its locally-owned affiliate, was trying to sell itself to the States.  At the same time Aurigny was seeking to restructure its fleet of four ATR aircraft, the smallest of which was an ageing back-up effectively available for other uses.

Wisely or otherwise – and it was the subject of considerable argument – Aurigny was permitted to use this aircraft to open up operations on both the Guernsey-Jersey route and the Guernsey-Southampton route.  This made sense to the extent that FlyBE or Blue Islands did not survive.  It was also a response to customer demands that it return to the Jersey route to counter an unsatisfactory service from Blue Islands with which it had previously code-shared.

In the event, however, a Virgin-associated airline picked up FlyBE, and suddenly a fare war was under way on the Southampton route as well as the Jersey one.  Blue Islands naturally complained about being in competition with a States-owned entity with deeper pockets.  Aurigny complained about its rivals’ predatory pricing.  Aurigny was also, by taking passengers off the more expensive Gatwick route, embarrassingly in competition with itself – a double whammy on top of the Southampton competition already confronting it.

At the same time, Blue Islands opened up a route to Southend subsidised by Southend airport which hit Aurigny’s passenger business to Stansted and to Gatwick.  More importantly, FlyBE acquired access to slots available through Virgin to open a Guernsey-Heathrow route, which CfED then controversially subsidised, initially for £825,000 over a period of seven months, then extended through the winter.  Although this stimulated some new business, it further injured Aurigny’s passenger numbers to Gatwick.

One irony in this was that Aurigny had itself sought pre-Open Skies permission from CfED for a Heathrow route and for others to Rennes in France and to Dublin, both of which would be ground-breaking.  The Heathrow idea came to nothing, not least because Aurigny lacked a suitable aircraft or a slot.  It had no response on the other centres.

The upshot was that, whereas in 2018 Aurigny would have earned some £2m per annum from its Gatwick business which it could then deploy in support of its other regional/community routes and thus at least aim to break even operationally, by 2019 the loss of passenger revenues to Blue Islands and to FlyBE became a flood.  This could get worse if FlyBE competes on the Manchester route.

Amid all this, a spanner appeared in the workings of Aurigny’s Alderney route.  Its losses prior to 2019 were commonly attributed mostly to this service, largely because of its three problematic Dornier aircraft.  In fact some of this was offset by the profitability of the connecting Alderney-Southampton route.  But either way, CfED in its wisdom decided that the operator of the Alderney route should meet a Public Service Obligation.

CfED has since sought other parties to bid for this right, so far unsuccessfully.  No decision on the matter seems likely before next year, deepening the uncertainty for Alderney residents, who are being denied an adequate service to Guernsey and to Southampton.  If Aurigny don’t win the right, it will face a big question over the future of the Dorniers and their crews.  P&R, in its budget for 2020, is setting aside several million pounds to cover the cost of such a loss and to support an alternative provider.   Meanwhile the Alderney runway needs a £10m+ repair job done.

Overall, therefore, the case for a more joined-up approach to air connectivity seems obvious.  But CfED’s view, summed up in a recent letter from Deputy Parkinson to the local newspaper, is curious.  The paper had suggested in an editorial there was a policy vacuum on aviation matters.  He hotly denied this, pointing to the quasi-Open Skies policy and the Alderney tender process.  In his view, Aurigny simply needed to adapt to the circumstances his committee had fostered.

On this, the Nyras efficiency review does point to areas and opportunities for improvement: Aurigny faces high crewing costs which could be mitigated through different scheduling, and better use could be made of the island’s fleet to new destinations.  But it also acknowledges that Aurigny is small, heavily regulated, carries a large overhead with three aircraft types and faces over-supply on its south of England air routes.

In such a situation it is plainly difficult to forecast revenue, let alone losses.  Yet Aurigny is expected to break even and to be an “economic enabler,” meaning adding recognisable value to the Guernsey economy.  These are contradictory objectives unless the government backs the airline through access to sufficient borrowings or to fresh capital.  They are even less achieveable in an era of quasi-Open Skies.

To compound its difficulties, Aurigny is looking for a new chairman.  Perhaps he should be an executive chairman with more power and authority than currently.  He should certainly be tasked with developing a plan which looks beyond the desperate short-term scenarios the airline has recently considered – namely a reduction in the number of destinations served, the outright loss of the Alderney route, a reduction in the number of rotations through Gatwick, the leasing or sale of two of its valuable Gatwick slots and the disposal of the Embraer 195 jet.

The more important question concerns the longer-term role Aurigny should play if we are to have efficient low-risk air links connectivity.  That means looking out at least five years, deciding whether our runway should be lengthened, and determining whether a State-owned airline will actually be needed, if only to preserve our lifeline Gatwick slots and keep other operators honest on Open Skies routes.  The real message of the Nyras review is that Aurigny’s underlying problem is insoluble in the absence of a realistic, integrated, fine-tuned aviation strategy.  Help is needed from above.