So is the States – hence the ‘secondary’ pension 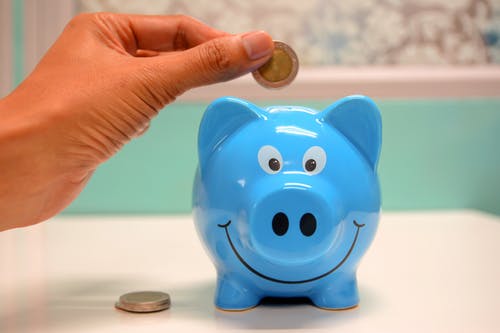 It is not often that one can say of the States that it thinks long-term.  But with the unveiling of full details of a secondary pension scheme for islanders we have just that.  It has taken four years, and will take many more to be implemented fully.  The fact that the subject matter makes us all nod off is not a reason to ignore it, for its practical purpose is to keep us functioning for longer.

The background is simple.  The States existing “old age” pension scheme will not be able to fund payments to retirees for the indefinite future.  It is a “pay as you go” scheme and, without encouraging more people to come and work in the island, our growing numbers of longer-living retirement-age people can’t be supported by contributions from our finite younger labour force.

Expressed in numbers, in 2017 there were roughly 3.3 people of working age for every person of pensionable age.  By 2060, it is projected that there will be 2.3 working-age people for every pensioner.  The government reckons today’s working population must prepare for a more financially secure retirement – and that it must lead the way.

Under the proposed second scheme, employees and employers will contribute in their working lives to their own future pension, to be known as Your Island Pension (YIP).   The details emerged over the recent Christmas period and are due for debate in the States assembly, probably in February.

The principles are straightforward.  Basically, employers must set up pension schemes for employees, and they must also contribute to those schemes alongside their employees.  The alternative to company-specific arrangements is for employees and employers to participate in the new scheme.

It might seem surprising that it has taken since 2015 to get this far, but that is how long it has taken to convince everyone inside and outside government that it is necessary.  Debates have swirled among politicians, the civil service and law officers, and consultations have been initiated with the wider population.  It has been necessary to agree the design of the structure, and to find pensions administrators and trustees who can take on the work – all at reasonable expense.

As with States negotiations over the wholesale reworking of government IT systems, which is a ten-year programme, this is a multi-year project, and a costly one.  At the top of the structure is the YIP Corporation with a Governing Board which acts as Trustee to the scheme, known as the YIP Trust.

The Board and Trust are to be supported by a trust service provider and by an investment adviser.  Separately the scheme is to be administered by an entity or entities dealing with contributions from individuals and employers and, later, payments to retired beneficiaries, that is, members and their estates.

The contract to provide the administrative support was awarded to Smart Pensions Limited, a specialist in the UK’s auto-enrolment requirements for smaller employers.  A number of others, including the local pensions and actuarial specialist BWCI, are thought to have competed for the work.

Smart Pensions was only formed in 2014, but has 61,000 employers on its books and 449,000 scheme members.  It apparently emerged as the winner because the proposed scheme has significant set-up and running costs, and Smart Pensions has the necessary systems in the form of a proprietary platform, deeper pockets and some household names (such as J.P.Morgan and Legal & General) backing it as investors.

On the other hand the firm has in its short life been fined by the UK Pensions Regulator and challenged by the advertising standards agency over its direct marketing.  The committee recognises this, and appears to have satisfied itself on both counts, and the company’s board has undergone personnel changes.

In pushing the scheme ahead, the States plans to make an unsecured £800,000 loan to Smart Pensions to help it along.  A non-refundable grant was considered, but felt to be less prudent.  The Trustee and Governing Board will also cost money, as will investment advice, auditing, accounting and other support services.

The government says that, because the scheme is intended to be for low-income savers, it is important that such costs and charges do not impair the value that the scheme’s investments generate. To this end it therefore plans in addition to help meet the Trustee’s expenses in the first ten years until the scheme is large enough to meet such expenses on its own.  Taken together this is expected to amount to an additional £400,000 each year.

It is notable in this context that the island’s biggest employer, the States itself, was not part of the terms of reference for the committee which is driving this project, Employment & Social Security (ESS).  But the committee does address the matter, and seems to think any employee not part of the existing public service pension scheme ought to be offered an alternative scheme.

In order for the new scheme to work, employers will have to be forced to contribute, employees will need to have a tax incentive for them to contribute, and they will want a right to opt out.

The working assumption is that by 2027 employees will be contributing 6.5% of their incomes annually, with a further 3.5% from employers.  That means less tax revenue to the government in the form of income tax receipts and corporate tax receipts.  The committee reckons that by the mid-2020s the loss in tax revenue will be running at more than £6m a year.

This will have a knock-on effect on government spending, while the wider economic reverberation will be to suppress growth through the impact on disposable income, consumption, saving and the labour market generally.  Under strict assumptions about  population, investment returns, retail prices and contribution rates and population, this is thought likely to be limited.

At a micro-level, the BWCI assessment has some notable findings:

Interestingly, there appears to be no estimate of the likely size of the scheme within the first ten years or even subsequently.  Plainly it has the potential to grow large.   How big will depend on investment returns and particularly whether they are higher or lower than the base case assumption of retail prices plus 1.5% per annum, rather than the weight of the costs involved.

The hope must be that drawdowns later start to offset the negative early trends – in other words, some revenue ought to be coming back to the government when new retirees dip into their pension pots.  For now, what emerges is a sense that the issue is less “Look at this big problem and how serious it is” but rather “We have our arms around this problem and here’s what we want to do about it.”

Could ordinary working people deal with this on their own?  Or without employers’ help?  In principle, yes.  In practice, unlikely.  The problem would probably bounce back into the government’s lap in sharper form later.