Our local housing market has more impediments than we realise

When it comes to structural problems, this key sector seems to have plenty 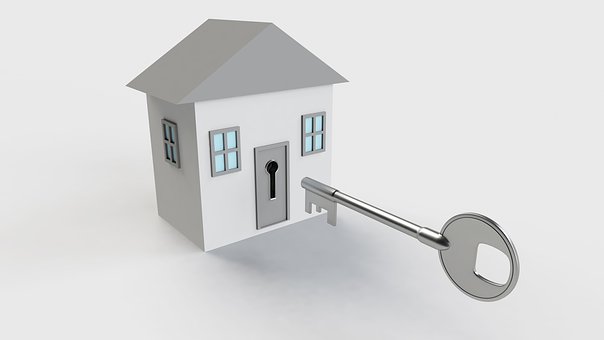 “Everybody talks about it, but nobody does anything about it.”  Mark Twain’s oft-quoted observation about the weather may unfairly describe Guernsey’s local housing market.  But who amongst us has a reliable understanding of its current state?

The buzz at the moment goes along these lines.  Prices have fallen, though we’re not quite sure how far, nor whether they have hit bottom.  On some measures houses appear “cheap.”  Sellers nevertheless still seem to be asking too much.   Transaction volumes are picking up.  But getting a fair deal from lenders remains difficult.

A shortfall of reliable data is only part of the problem here, and is in any case probably characteristic of a small market, where averages are insufficiently meaningful and trends obscure.  Bigger questions meanwhile remain unanswered.  Are the Planning authorities responsible for a shortage of supply?  Does the island’s demographic profile and population management regime foreshadow a shortfall in demand?

Note, we’re not talking here about our small Open Market, which has some 1,500+ houses open to anyone.  But given that it was created less to attract wealthy people from elsewhere than to protect locals in the remaining Local Market, one of the most interesting developments in recent times is that this intended protection may no longer be working.

Thus, aspiring home-buyers unable to afford the deposit or transaction fees needed to buy are being priced out of the local ownership market and instead seeking to rent.  Meanwhile the population management laws have encouraged employees from abroad to move from the Open Market into the local rental market via short-term employment permits.

One worry is that young people in particular will move away from the island, but the main question being asked is whether Guernsey’s States actually has a local housing policy.   The answer is that its policy for locals is limited to social housing for the less well off, and partial ownership principally for first time buyers and for elderly downsizers requiring some care.  The missing ingredient concerns the so-called “squeezed middle.”

The broad picture in respect of the ownership market is odd.  The past ten years or more have seen modest economic growth and earnings growth alongside near-zero population growth and generational lows in borrowing rates.  This means local house prices are attractive relative to earnings.  Yet what pick-up there has been seems lacklustre.

Apart from a lack of access to credit, one reason is that only a minority of locals have enjoyed what earnings growth has been available.  The argument that island policymakers have had a limited appetite to address the problem nevertheless seems plausible.  Leaving the local housing market to find its own level contrasts sharply with the UK, Jersey and Isle of Man, which each have loans or grant schemes (Help to Buy, Rent to Buy) for first time buyers.

Could the States make a decisive difference?  The record is not encouraging.  Guernsey has previously intervened in its housing market through the now-discontinued States Loan Scheme, Dwellings Profits tax and Rent Controls.   The Loan Scheme is said to have contributed to an unsustainable housing boom over the 20 years up to the turn of the century, while Rent Control caused Buy to Let investors to exit the sector and a flight of capital.

But if Guernsey is at some sort of inflection point, it may also be time to scrutinise some awkward systemic and structural issues.   For example:

For an insight into the overall structure of the market, look at the report commissioned by the States from KPMG in 2017.  KPMG calculated that 635 new-build houses would be needed for both social and private housing by 2025.   Of these, it said, 457 should be provided by private housebuilders for outright sale.

The report generated heated argument, as the old Housing Department’s target was 300 new homes each year – a figure derived from Housing Needs Studies carried out in 2006 and 2011 by a consultant’s opinion survey, which simply asked respondents about their individual housing wishes and aspirations.

The 300 figure, despite being a fundamental overestimate of housing demand, was incorporated into the island’s Strategic Land Use Plan and the Island Development Plan, with serious implications for areas designated to host large developments.  The KPMG figures have since been adopted by E&I in a proposal it brought to the States in June 2018, and the Plans are due to be reviewed in 2019.  The good news is that the opportunity as well as the need to shift direction have become self-evident.